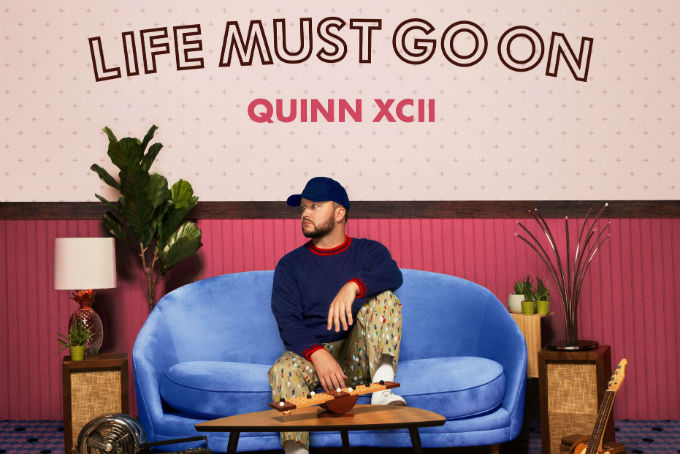 Quinn XCII is bringing out all the smiles and positive vibes this month! The Michigan hip-hop artist released his single, “Life Must Go On,” on February 1 ahead of his album coming out in two weeks. What’s even better is the song was accompanied by a music video that will leave any music fan grinning. Quinn XCII’s video shows him traveling around the US visiting his biggest fans to share his new album with them personally. Nothing shows an artist’s appreciation for their supporters quite like meeting them, let alone making the trip out to visit them.

“Life Must Go On” is a great choice for a single as its lyrics are full of positivity. Quinn XCII sings of struggling with hopeless days but knows that life continues and that we can get through the rough patches. The powerful words over catchy beats are sure to make this song a hit. “Life Must Go On” gets even better when you realize that it was produced by and features guest vocals from Jon Bellion. Bellion is a talented artist and producer who enhances Quinn XCII’s already well-thought-out track.

Back home and reflecting on the last 10 days. Felt so good to finally play the album for ppl after all this time. Meeting everyone reminded me what an amazing community of positive ppl we have formed together over the years. Thank u guys. New single at midnight, album in 2 weeks

The “Life Must Go On” video exemplifies why Quinn XCII has such a strong following. There is a portion at the end of the video where the fans got the chance to talk about Quinn XCII. Many talked about how his music has had a positive impact on their lives. Viewers can also see how much Quinn XCII appreciates his people. He spent time listening to his fans’ stories and couldn’t look happier. It’s always so refreshing to see artists stay humble and share their art on a personal level.

After this single, the anticipation for Quinn XCII’s second album is high. From Michigan with Love will be out on February 15. The album will also be followed by a headlining US tour (grab those tickets here!). We hope to see Quinn XCII continue to spread his positivity. We would also love to see him work more with Jon Bellion as their voices pair well together. Catch the “Life Must Go On” video below. Hopefully, you’ll love it as much as we do!