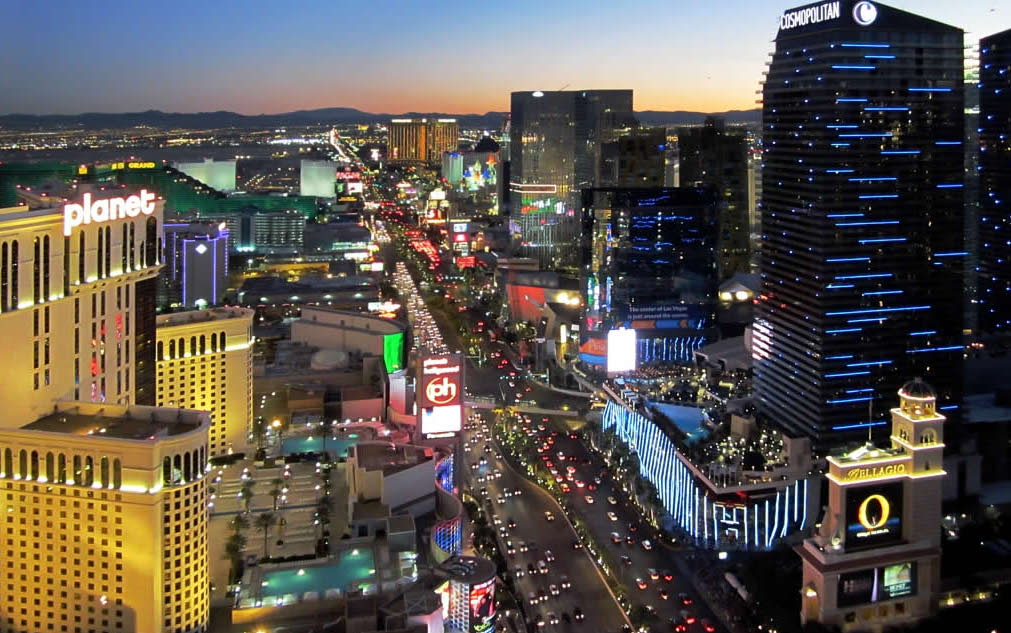 Las Vegas concert residencies have a rich history dating back to the glorified golden days of artists like Liberace, Elvis Presley and Frank Sinatra. Everyone is familiar with the residency heavy-hitters (Elton John, Celine Dion, Cher, Mariah Carey, Britney Spears, etc.) These shows are as much of a Las Vegas staple as gambling. As entertaining as they are, residencies on the Strip were once notoriously viewed as a last resort for performers when their careers were headed downhill.

In a fascinating twist of fate, a newer generation of A-list pop stars have decided to dismantle that stereotype and completely redefine the Las Vegas residency. It’s easily the most intriguing topic in the live music industry as of right now; articles and think pieces are being posted weekly all across the board. It’s safe to say that the era of ambitious chart-topping “newbies” kicked off with Lady Gaga’s unexpected announcement in December 2017. The “Million Reasons” singer plays a balancing act with two completely different shows: an extravagant Jazz and Piano Engagement and her tongue-in-cheek pop spectacle Enigma. Since then, current hit makers Cardi B, Drake and Bruno Mars have all hopped on board for upcoming residencies.

Since Nevada is slowly becoming the newfound focal point for our faves, here’s a list of seven top-tier musicians and bands that would most certainly hold their own on the Strip, listed in alphabetical order.

This one is obviously a given since everyone loves Adele. Your parents love her. Your friends love her. Your annoying little brother who swears he hates her? He recreated the entire “Rolling in the Deep” video in his room once. Rumor has it that Adele had once been offered a Las Vegas residency. Apparently, she feared that the dry desert climate could negatively impact her voice and she declined the deal. If we’re lucky, someday Adele might just throw all caution to the wind and bless us with a heartfelt Vegas show anyway.

As diverse as the Vegas Strip has become, a long-term gig by country music darling Carrie Underwood would still be considered an anomaly since her genre is understated in Sin City. The American Idol alum boasts an impressive discography and a devoted fan base, but let’s stop beating around the bush… we would all fly to Vegas and pay full admission just to belt “Before He Cheats” in a venue with thousands of other people.

Fleetwood Mac easily qualifies as one of the most significant bands of all time. Their influence persists heavily in today’s music scene within young acts that weren’t even alive when the group was at the height of their career (lookin’ at you, Harry Styles). In 2018, a Twitter meme put “Dreams,” which was originally released in 1977, back on the charts. That’s the kind of energy we strive to feel in the realm of the Las Vegas Strip.

It’s baffling that pop titan Janet Jackson hasn’t signed on the dotted line for a Vegas residency yet. She’s got 11 studio albums and decades of hits under her belt. She dominates choreography with the best of ’em and has loyal fans that are still eager to watch their favorite hits performed live. Just last year, Janet headlined the Panorama music festival in NYC where she performed classics like “Rhythm Nation” and “All For You.” “Scream,” her revered 1995 collaboration with her brother Michael Jackson, holds a special place in her set lists to this day. Someone get Ms. Jackson on the Strip, ASAP!

Another legend who’s long overdue for a stay on the Strip is the Queen of Pop herself. Madonna has so many outstanding hits that it would be borderline impossible to cram all of them into one cohesive set list. On the bright side, at least there’s no shortage of songs from her to choose from. If anyone can put on a high-energy, provocative show loaded with songs you’ve been bopping to since you discovered music, it’s definitely Madonna.

The Killers originated in Nevada, so a hometown residency could almost be considered essential. The rock band headlined their fair share of music festivals in 2018 so they’re undoubtedly pulling in massive crowds. With an undeniable stage presence and seven studio albums in tow (two of them being solo works by frontman Brandon Flowers), the group should have more than enough motivation to command a full-blown residency. Also, “Mr. Brightside” is still one of the greatest songs of all time.

Usher is a certified R&B mainstay who boasts countless solid hits. He was practically inescapable in the early-to-mid-2000s with songs like “Love in this Club,” “My Boo,” and of course, the indisputable sensation that was “Yeah!” Aside from his vocal talents, Usher is also a first-rate dancer and entertainer. Why not bring some of that zest to the Strip?