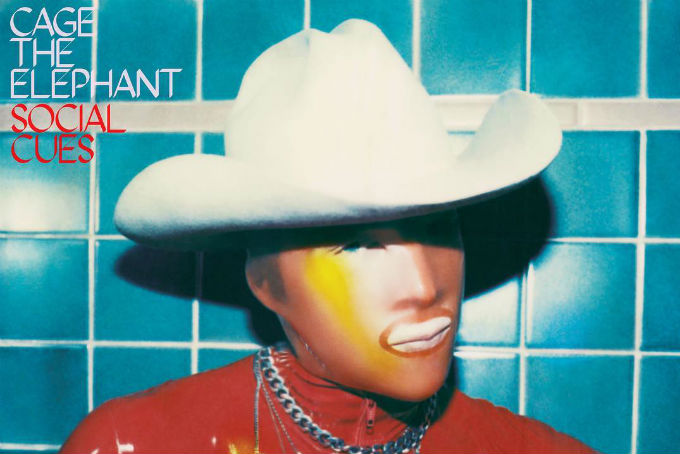 Rock band Cage the Elephant is coming back this year with their new album Social Cues, due out April 15. This will be the band’s fifth studio album following their Grammy Award-winning 2015 release Tell Me I’m Pretty.

Without further ado, Our fifth studio album Social Cues 😊💉🍷💉😊 In stores April 19th. Thank you all so much, for all the love and support over the years, we hope this first little nibble proves to be a sweet one, and that it finds you well wherever you are. With love, Cage The Elephant Check out the new music video for “Ready To Let Go” now! Directed by @mynameisbabyblue. Link in bio/story to watch & pre-order the new album now! #SocialCues #ReadyToLetGo // Photo credit: @neilkrug

The Kentucky natives announced the new record with a driving single, “Ready to Let Go.” Frontman Matt Schultz also discussed how the album deals with the ending and aftermath of a relationship. The singer said that writing “can be a vehicle to act out things that are hard to confront. When I’m creating I try to put myself in a reactive state of improvisational thought.”

The single specifically deals with the aftermath of a relationship and the moving on process that comes with that.

“Don’t you worry baby, no sense trying to change it // I’mma strike these matches, never had control // I’m ready to let go,” Schultz and harmonizers confess throughout the chorus.

“Ready to Let Go” comes with a disturbingly beautiful music video. Clad in black, white and blood red scenes, the music video incorporates feelings of being out of control. All of the feelings the video evokes relate to how it feels to end a relationship. Still, the song continues to be hopeful and progress past the pain.

The new single incorporates the classic sound of Cage the Elephant with a driving, repetitive rhythm that gets stuck in your head. Not as heavy as past works like songs in their first two albums, “Ready to Let Go” is a natural progression from the successful “Tell Me I’m Pretty.” You can hear the growth in the lyrics and the melancholy sound on the track, but it also includes elements that made “Tell Me I’m Pretty” the success it was.

Check out the new track HERE: