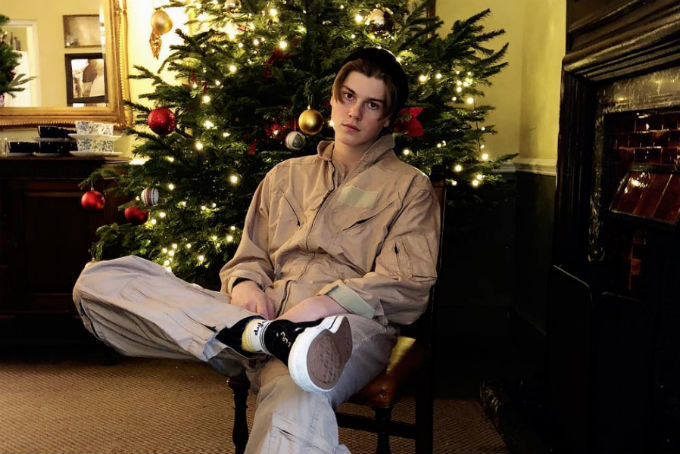 16-year-old London-born, Australian-raised singer Ruel van Dijk, professionally known as Ruel, released an acoustic version of his single “Not Thinkin Bout You” featuring australian producer Billy Davis, and it is EVERYTHING. If you haven’t heard of Ruel yet, keep him on your radar because this kid is on the rise.

For being so young, Ruel has one of the most unique, beautiful voices that effortlessly goes from passionately raspy to a flawless falsetto with a genuine soulful flow. He was discovered by famous producer M-Phazes, who was instantly blown away and was more than willing to help him out with producing his debut single “Don’t Tell Me.” The track amassed millions of streams and launched the singer-songwriter into what is sure to be a very successful music career.

Ruel made his live radio debut with an amazing rendition of Jack Garratt‘s “Weathered,” gaining 500K video views in less than 48 hours. Not long after, he started getting the attention of recognized artists such as Elton John, became the opening act on Khalid‘s Australian/New Zealand tour, and most recently, met up with Shawn Mendes at a festival in Tokyo that they were both performing at.

In June of last year, Ruel released his debut EP, which has already garnered over 100 million streams and features four singles including his hit “Don’t Tell Me.” The video for EP track “Younger” has been a favorite as well, with 5.5 million views since its release in August. This kid has seen so much success already with his singles “Younger,” “Dazed & Confused” and “Don’t Tell Me,” which are all certified Gold in Australia.

2018 was definitely Ruel’s year with so many accomplishments including being the youngest recipient in history to win the prestigious Aria Award for Breakthrough Artist of the Year, performing at the opening ceremony of the Commonwealth Games, releasing a remix of EP track “Not Thinkin’ Bout You,” performing at Tyler, The Creator‘s Camp Flog Gnaw festival, and going on his own headlining sold out Ready World Tour through North America, Australia, New Zealand, Europe and the UK.

This young prodigy is just getting started and doesn’t seem to be stopping anytime soon. His following continues to grow every day and he’s currently preparing to embark on another tour in Asia starting in March. There’s no doubt he’ll make it far and likely change the face of the pop music industry. In other words, start adding him to your playlists now.

You can watch his acoustic video for his single below, and be sure to check out his website for links to his music, socials and tour dates.