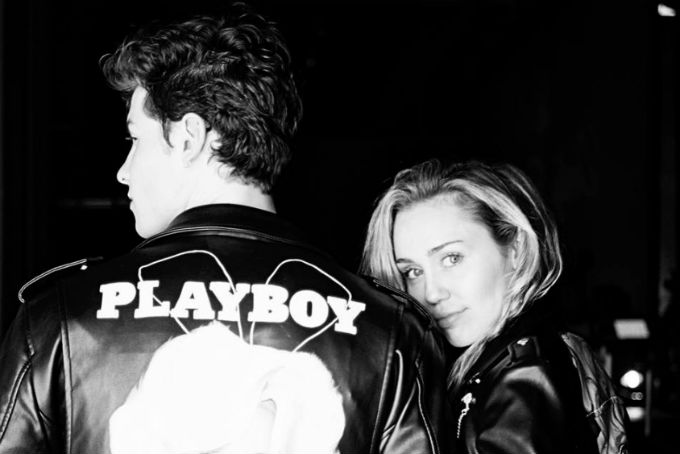 If you tuned in to the 61st Grammy Awards, your jaw likely dropped to the floor when Miley Cyrus joined Shawn Mendes on stage for a duet of his single “In My Blood.” Although it’s Shawn’s song, it felt as though it was made for the “Malibu” singer, and her voice complimented his perfectly.

Of course, fans were quick to notice that this collaboration was a match made in heaven, and several diehard fans of the former Disney Channel star and the “Lost in Japan” crooner took to Twitter to share their thoughts on the performance. Simply stated, they were absolutely SHOOK, and TBH, so were we.

hey my dude. read this tweet. this year, u were not only nominated TWICE but u PERFORMED at the GRAMMYS and u didnt just perform u performed with miley cyrus!! you’re a legend and we are so proud of u @ShawnMendes https://t.co/BcBVIy5Qk3

@MileyCyrus and @ShawnMendes need to do more of that

dead ass my new fav version of in my blood. so good and something completely different than what we are used to in the best way possible. ❤️ @ShawnMendes @MileyCyrus

so after you @ShawnMendes and @MileyCyrus showed the whole world that your voices fits PERFECTLY together, we need a real collab

We told you fans were shook, and honestly, we would pretty much do anything for a new Shawn and Miley song. Luckily, it seems like it might be coming. According to a recent TMZ report, the “Stitches” singer will be featured on a song on Miley’s forthcoming studio album, and we’re seriously crossing our fingers that it’s true.