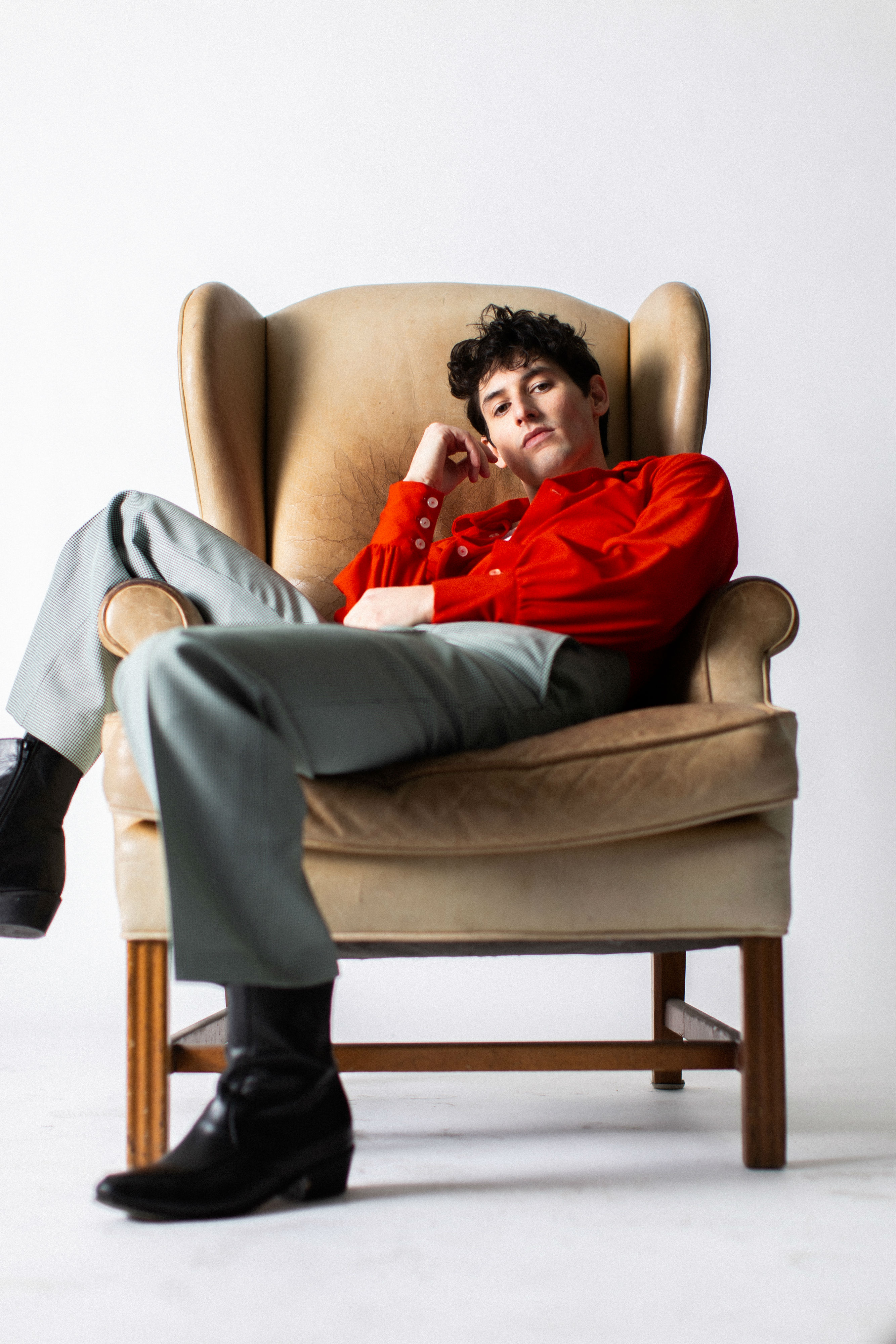 Inspired by the greats and ready to pave his own way into the music world, we can see exactly why LiveNation has pegged Patrick Martin as “One to Watch.” Ahead of his debut album, which is set to release this summer, Martin recently released his debut single and video for “Cinema Love.” It seems as if great things just keep coming for the new singer, and he chatted with us about all of the exciting stuff that’s currently happening, as well as what he has coming in the future. Check it out!

Thank you so much for chatting with us today! Your new single, “Cinema Love” has a video that just came out. How does it feel now that it’s out there for the world to see?

Wow, how magical and surreal this feels! I’m so happy that I finally get to share this story with everyone. The experience described in this song was a very significant moment in my life that ultimately shaped my understanding of romantic love.  It truly made me believe that the love you see in the movies exists in reality. I really wanted to express that moment through my lyrics and video. I’m incredibly pleased that people are enjoying and relating to it!

Where did you get the inspiration for this song?

I gained inspiration from my first love and the massive impact it had on my heart. This story stems from a specific night I had with this girl while staying at my parents’ home for the night.  It was one of those special nights where you realize how meaningful your love is and how lucky you are to have found that person to share it with.

The visuals for “Cinema Love” are amazing. What would you say the meaning behind the video is?

I really wanted to create a sense of nostalgic wonder surrounding this song.  With the title “Cinema Love,” it was only fitting to have cinematic shots that ponder the idea of movie love and whether it exists or not. Throughout the video, I wanted viewers to wonder if the girl was real or just someone I was imagining, and if you watch the video, you will find out. The setting to me is the most romantic place I know of, so it only made sense to shoot it there.

Since this is your debut single, a lot of readers may not know a lot about you. When did you find out you wanted to be a musician?

I think I found out after my first big breakup that I needed to manifest my emotions in a creative way.  I started writing a lot of songs, which was a therapeutic process. It was at this point that I realized I needed to tell stories to the world through music.

What is your writing process like when it comes to a new song?

Oh man! I’m a very spontaneous writer, meaning I tend to write my best songs when inspiration hits, no matter where I am, what time of day, etc.  I have composed so many songs in the shower, while driving, or just randomly when suddenly presented with inspiration while I’m in the middle of doing something else. That said, I do also enjoy sitting down and actively crafting a song, but I feel that my best and most genuine stories come when I’m not trying to write them down.

If you had to describe your sound to someone who hasn’t heard your music before, how would you describe it?

I would describe my sound as anthemic alt-pop music that tells genuine, heartfelt stories that a wide audience can relate to. You’ll also notice hints of classic rock throughout my records, which I’m greatly influenced by.

We heard that the first time you performed on a legitimate stage was at an EDM festival. What festivals did you get to perform at with Antics?

I was very lucky to perform as a guest with Antics at Spring Awakening in Chicago and Summerfest in Milwaukee.

I loved working with the Antics boys. They really gave me an opportunity to get my name out there in the Midwest, and I’m forever grateful to them for bringing me as a guest artist to some of those big shows.

Lots of exciting things have been happening for you. What’s it been like partnering with LiveNation and their Ones to Watch list of new artists?

Like most things going on in my life right now, I just have to constantly pinch myself. The gratitude I feel for everyone who is supporting my music and career is beyond words, and I am just so happy that people connect with my stories.  Growing up, I had artists like The Beatles, John Mayer, Fleetwood Mac, etc., who helped me express how I felt through their music. My goal as an artist is to be that storyteller for other people. I want people to use my music to connect with themselves as well as other people.

Fans can look forward to a whole lot of music, performances, videos and whatever else we can come up with. The train has left the station and there’s no stopping it now! I can’t wait to share everything I’ve been working on for the past year.

Check out the video for “Cinema Love” HERE: