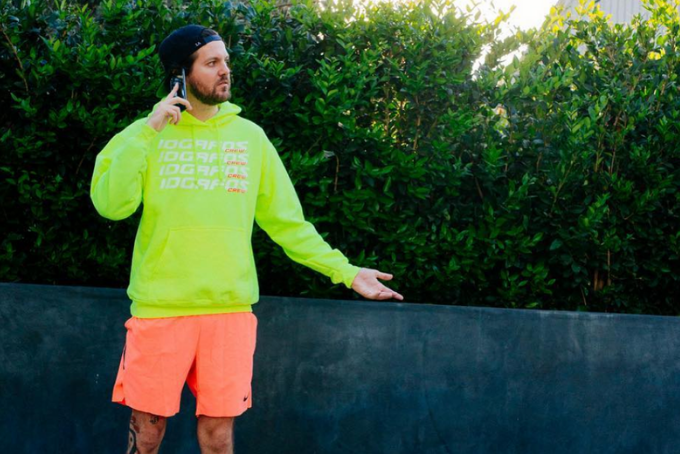 Fresh off of his intoxicating collaboration with Alison Wonderland, electronic musician and producer Dillon Francis has joined forces with indie-pop artist Cuco for his next single “Fix Me.” The particularly groovy and ambient track debuted last Wednesday via Zane Lowe’s World Record show on Beats 1 and we haven’t been able to stop listening since.

‘FIX ME’ w @cucopuffs is officially out! This track is a total vibe check it out and blast it on ur way to the beach or a party or sing it to ur significant other – we had so much fun in studio making this one (Link In Bio)

Throughout the entirety of the song, Cuco—in both English and Spanish—begs his crush for a shot at love and assures her that he will do all that he can to win her heart, no matter how many saccharine texts and FaceTime calls it may take.

“‘Fix Me’ is a different piece from what I’m used to making but I’m really excited about it,” Cuco said in a press release. “I feel like it embodies a lot of how I feel and how my love life goes.”

In addition to its relatable storyline, this melodic tune also features something else that may be familiar to any audience: a sample from a 1993 Souls of Mischief song, “Cabfare.”

Francis discussed the making of the ballad on Wednesday’s World Record broadcast. “[Cuco] and I are both easygoing people and we’re down for whatever. I have this playlist I make called Surf’s Up, and Cuco was like, ‘Whoa, this is all music I listen to!’ Coming off of the Spanish album, this was a good song to go off of.”

Check out the official lyric video for “Fix Me” down below, and let us know what you think in the comments section, or by tweeting at us @soundigest.