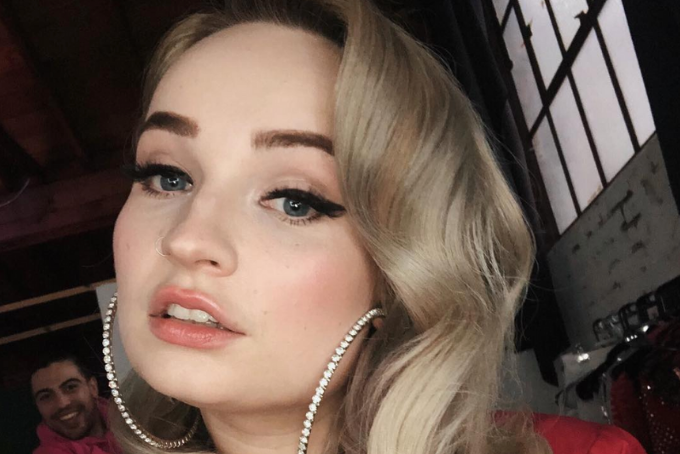 Since August 2017’s viral hit single “I Don’t Want it At All,” German pop princess Kim Petras has been serving us hit digital singles since her debut. Now, she’s concluding the era with three new songs. Each artwork single features a different neon color of Petras’s signature avatar, and she’s now completed the rainbow.

ERA 1 is complete , thank u for everything Whoo Ah 😭 listen to 1,2,3 dayz up w @SOPHIEMSMSMSM, Homework w @lilaaron911, and If U Think About Me… out everywhere now 💫 https://t.co/bgUJjBMr3V pic.twitter.com/EabdPa1E5U

Two of the most unique names in pop collaborating is always a good idea. Kim’s first single, “1,2,3 Dayz Up” brings her and Sophie together for an unforgettable dance-pop party. The track fuses Kim’s signature ode to nostalgia pop along with Sophie’s avant-garde production.

The next single, “Homework,” features rapper lil aaron. Following the singles “Faded” and “Anymore,” this is Petras’ and lil aaron’s third collaboration. They reminisce about high school memories such as copying homework and driving each other home when they weren’t sober. “You used to let me cry on your shoulder // And I’ll never, I’ll never forget that,” Petras sings in a pop-punk fashion.

“If U Think About Me…” is the final single. “This song has the most special place in my heart,” Petras wrote on Twitter. It’s easy to see why. Petras obsesses over someone after they’re long gone and wonders if the other does the same. The euphoric breakup track hits you deep with lyrics like, “Time is money, time is money / I ain’t got the time to buy a new heart of mine, new heart of mine.”

With a discography as nostalgic and as catchy as Petra’s, it’s hard to pick which song we liked most in this first era. We’re excited to see what she has in store for her fans next!