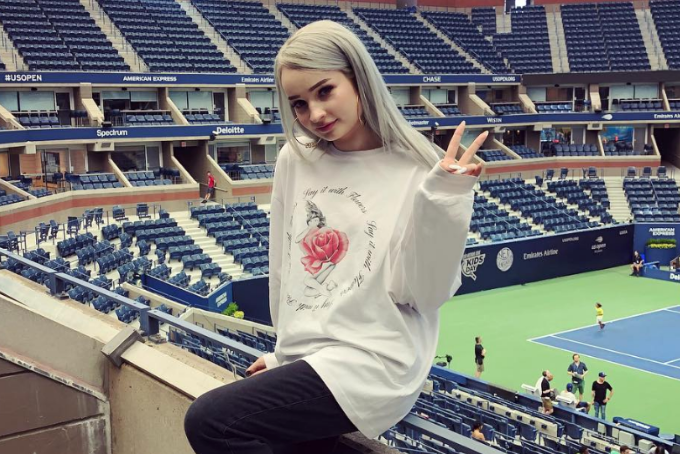 Kim Petras has taken the world of pop by storm as she releases hit after hit, from “I Don’t Want It At All,” to “Heart to Break,” to “Fear of Falling.” After collaborating with other industry influencers, including Troye Sivan, Charli XCX and Lil Aaron, Petras has gained an impressive following with over 2 million monthly listeners on Spotify. Just this month, the 26-year-old popstar has completed the first wave of her discography with a surprise release of three new singles, “1, 2, 3 Dayz Up,” “Homework” and “If U Think About Me.” As Petras’ career rises in popularity, we can’t help but wonder where this superstar actually came from. There’s something about her confident, upbeat, bratty aesthetic that makes you instantly want to befriend her! Here are a few things you NEED to know about Kim Petras that you may not have caught onto before.

1. Petras was born and raised in Germany… and she’s bilingual!

2. She refers to her loyal fanbase as her “Bunheads.”

3. The singer has always experimented with her style, going through an emo phase, a grunge phase, and a super girly phase. She now describes her aesthetic to be a mixture of all three.

4. She’s besties with Paris Hilton. Hilton appeared in Petras’ very first music video “I Don’t Want It At All.” Most of the time, you’ll catch Hilton spamming Petras with sweet compliments on her Instagram page.

5. She claims that moving to Los Angeles was the best decision she’s ever made for her career. After moving to the States, she found an overwhelming success with the first single she ever released.

6. You may recognize her as an opener on Troye Sivan’s Bloom Tour.

mom and dad @openingceremony 😙✨ c u bb’s on the #bloomtour

7. Petras has taken major inspiration from Britney Spears. She reflects on her adolescence with Dork Magazine sharing, “I’d rather be Britney in the ‘Lucky’ video on a floating star in a fake studio than go to school.”

9. Petras is a transgender woman. She underwent gender transition surgery at age 16 but has always identified as female. She has been marked as one of the youngest transgender people to commit to the surgery. Although this is a large part of her identity, she prefers the public to focus on her musical career before anything else.

10. She is an active advocate for LGBTQ+ rights and is very open about her sexuality and identity. She cracks the most hilarious jokes regarding her identity because she loves and accepts who she is!