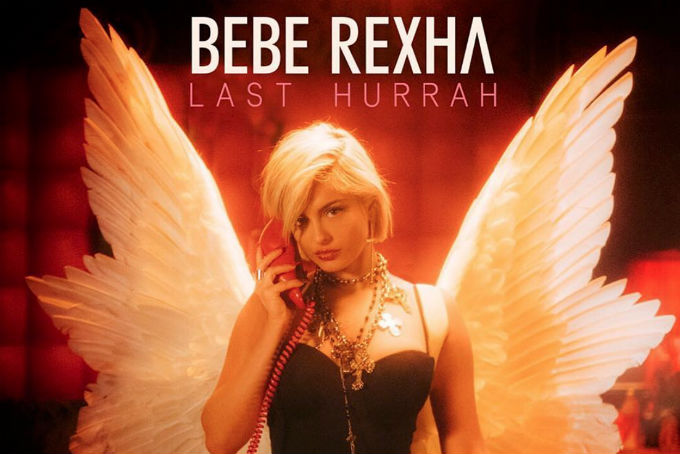 The song comes in at just two and a half minutes, making it a short song for today’s pop music standards. It’s all about having one last hurrah of a night out and all the things that come with it: drinking, smoking, ladies and fellas. Rexha herself described the track as a “last night to go out and do all the bad things we love” on her Twitter page.

It’s like this is all last night to go out and do all the bad things we love https://t.co/20OFqhzPcT

Rexha also revealed that the track was inspired by her friend who was supposed to be on a diet, but ate a piece of chocolate cake. Her friend’s husband called her out and she said to him, “Babe this is my last hurrah.”

The 29-year-old claims she is “done” with all of the above despite the fact that she’s “said it all before // but it won’t hurt to do it once more.”

In the second verse, she proclaims she is “done with the heartache // I’m done with the demons,” and that she plans to fix “her karma” after “one more night of pure nirvana.”

The lyric rhyming is clever; Rexha co-wrote the track with Andrew Wells, Nick Long, and Lauren Christy. The “I’m a Mess” singer revealed on her Twitter page that her favorite lyrics from the song are, “Maybe tomorrow I won’t feel this pain.”

She also revealed that the track is the first single towards her “new era” and that the video for “Last Hurrah” was filmed in two days. She described the concept of the video as “bad angel/good angel.”

Fans of the pop starlet were blowing up her social media feed with positive feedback of the track, to which she posted a video of herself screaming with happiness as she was reading the positive feedback.

As longtime Bebe fans, we appreciate the message more than we do the quality of the song’s melody. The beat is very simplistic and doesn’t stand out from everything else you hear on Top-40 pop radio. Rexha’s debut album Expectations, in our opinion, was not of the same caliber as her first EP, I’m Gonna Show You Crazy, or her second EP, All Your Fault: Pt. 1.

So far, her biggest track yet has been the country mashup with Florida Georgia Line, “Meant To Be,” off of her third EP, All Your Fault: Pt. 2. The track was nominated for a Grammy this year for Best Country Duo/Group Performance.

Ultimately, it seems that the direction she gravitated towards for her third EP and her debut album was music of a lesser quality than what she first gave the world with her first two EPs. “Last Hurrah” has a nice message, but the song falls short of her earlier work. Still, we’re hopeful and excited for whatever comes next.