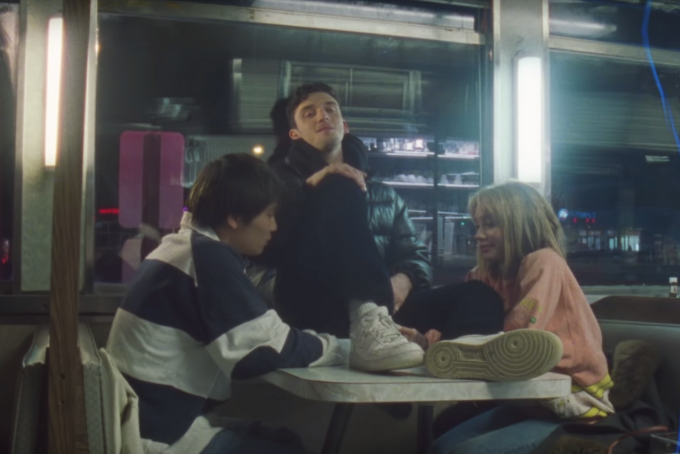 Lauv and Troye Sivan dropped their single “I’m So Tired” a few weeks ago, and the chorus is still playing in our heads. The two teased their collaboration on Twitter and fans were loving it. If you haven’t heard the brooding track yet, it can be summed up like this: the two are SO tired of relationships and love songs.

The music video was ironically released on Valentines Day and portrayed Lauv and Sivan as flies on the wall during several couples’ dates, completely unseen by the couples themselves.

Lauv crashes a couple’s diner date, while Sivan later appears perched on the roof of a car as a couple drives around. He laments, “Strangers, killing my lonely nights with strangers // And when they leave, I go back to our song, I hold on.” He later gives a shoutout to some famous love ballads including Lorde‘s “Buzzcut Season” and Coldplay‘s “Hurts Like Heaven” as he sings, “Hurts like heaven, lost in the sound // Buzzcut season like you’re still around.”

While the two preach about being over listening to love songs, it’s clear that they’re really singing of longing for a person they used to be with, which is what’s really causing their animosity towards anyone who is in love or is singing of love.

Catch the music video below and make sure to let us know what you think in the comments or by tweeting us @soundigest!