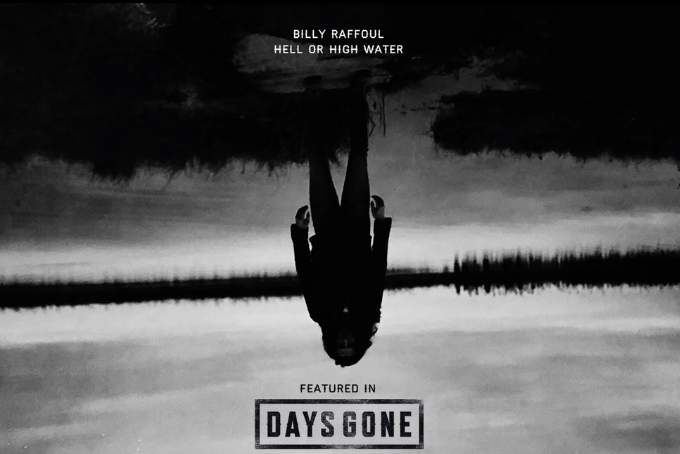 If you’re a gamer, you’re definitely excited for the release of the horror-action adventure game, em>Days Gone to be released in late April. If so, you’ve also probably seen the story trailer for the game and have been going crazy wondering whose beautiful voice accompanies the emotional telling. Well, we have an answer for you! It’s Billy Raffoul’s new single, “Hell or High Water.”

Even if you’re not a gamer, we’ve included the trailer below so that you too can listen to this heart-wrenching ballad on repeat. The mix of Raffoul’s scratchy, yet refined vocals along with the moving lyrics create a sense of longing for the woman he’s singing about with lyrics like, “But life’s for the livin’, I won’t be givin’ up // on you.”

The trailer follows the game’s main character, Deacon St. John, as he has flashbacks to his wedding day with Sarah Whitaker. Raffoul’s lyrics hit hard at this moment as he sings, “You never know what tomorrow may bring // The woman lyin’ next to you could be a memory”. As the main character comes out of his flashback while standed in the church he was married, he realizes those that are after him have showed up. Before Raffoul breaks into a powerful expression of “I should have known, should have tried to hold on // And never left your heart where it don’t belong,” a set of sounds that imitate whistles ring out, reminding us of Edward Sharpe & the Magnetic Zeros.

Raffoul came to fame in the summer of 2017 when his single, “Driver,” hit the scene. He has been compared to icons such as Jeff Buckley, Joe Cocker, and Neil Young because of his strong, soulful sound. The up-and-coming artist has also gained significant popularity through being featured on American Authors’ brand new track, “Say Amen.” Listen to Raffoul’s music on all streaming services and look out for new music from him coming out later this year!