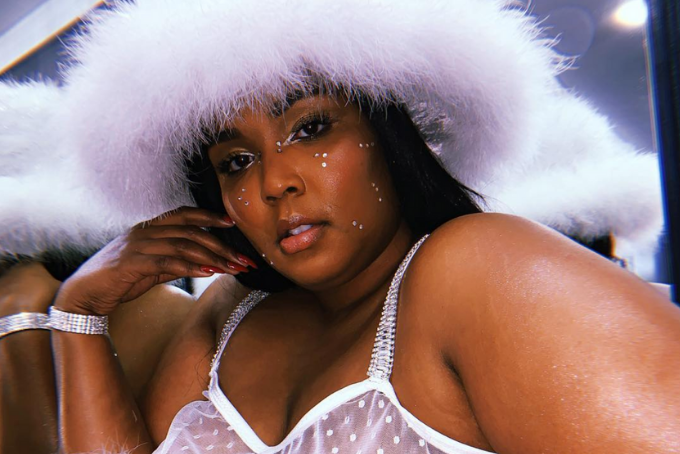 Singer and rapper Lizzo has been blowing up recently. Her single “Juice” has become a certified self-love anthem. Now it begs the question that’s been on everyone’s mind: Who is Lizzo?

Here are the seven most important things you need to know about the 30-year-old powerhouse artist.

1. Her birth name is Melissa Jefferson.

She explains that Lizzo was her nickname growing up, saying, “Back in school, they’d call me ‘Mellisso’ or ‘Lizzo.’ Everybody, where I grew up in Houston, would chop off half the name and put an ‘o’ at the end.”

2. The hip-hop star is a Houston, Texas native.

She later moved to Minneapolis, Minnesota to further her hip-hop career.

3. She’s been in the music biz for quite some time.

Lizzo maintained a passion for music at a young age, and since 2010, she was a founding member of many indie hip-hop bands like The Chalice, Grrrl Party, The Clerb, Ellypseas, and Absynthe. For almost a decade, the singer has kept her foot in the door with a diverse sound. She’s also released two solo albums titled Lizzobangers and Big Grrrl Small World, helping set the tone for her breakout start in the music industry.

4. She collaborated with Prince.

Lizzo expressed how she almost gave up on music shortly after leaving Houston. When she moved to Minneapolis, she explained how working with legend Prince came to fruition. “Prince had asked me to come to Paisley Park to record,” she said after collaborating with the music icon on his 2014 album Plectrumelectrum. “It gave me confidence to be an artist, not just a rapper or a singer or a girl in a band.”

Besides her knack for catchy hooks and witty lyrics, the “Juice” singer is also very skilled at playing the flute. She even showed off her talent on her latest performance on the Ellen DeGeneres Show.

If her latest hit is anything to go by, Lizzo has become a powerful voice for the body positivity movement. With her previous tracks like “Good as Hell” and “Coconut Oil,” she preaches about reassuring self-love. She proudly shows off her body—a refreshing change of pace, especially in a pressure-filled world centered around weight.

She deals with the comments about her image with overwhelming strength, saying, “My entire life I’ve dealt with that. I’m a very stubborn person, so I’ve spent my whole life trying to make those people feel more dumb for assuming that I should be tired because I’m this size. I work out five times a week. I drink kale smoothies every day for breakfast. My blood work is immaculate. But I got backfat and I got a belly. Everybody looks different. Everybody has different packaging. I do this shit so little girls in the future don’t have to worry about this bodyshaming. This bodyshaming in the mass media is holding us back, but it ain’t holding me back.”

“It’s just my existence. All these fucking hashtags to convince people that the way they look is fine. Isn’t that fucking crazy? I say I love myself, and they’re like, ‘Oh my gosh, she’s so brave. She’s political.’ For what? All I said is ‘I love myself, bitch!’” – link in bio

Lizzo’s third album Cuz I Love You is set to make a strong entry on the charts later this year. Judging from her past two singles, “Juice” and the title track, it’s bound to be an overpowering force.

3 thoughts on “7 Facts You Need to Know About Lizzo”