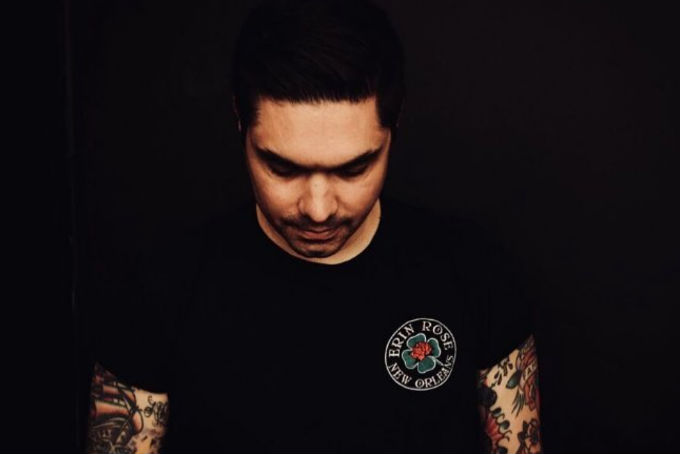 New York City isn’t just a place to live for Mike Ireland; it’s a way of life. Ireland, known for being in bands such as I Am The Avalanche and Pass Away, has most recently been making music under the name Spirit Houses. We spoke to the punk rock singer-songwriter about what inspired his latest EP Two Passing Ships, what it’s like to own a bar, and how New York City has influenced his life and career. Check out the interview HERE:

Hi Mike! Nice to be speaking with you. I’m really digging Spirit Houses’ latest EP Two Passing Ships. It’s soothing and heartbreaking all at the same time. What was the inspiration for this project?

The inspiration was a tough split that I went through in the winter of last year and the events that followed.

People who know you from I Am The Avalanche and Pass Away can tell that Spirit Houses’ sound is much different. What made you want to switch from a punk sound to singer-songwriter? (Thanks for keeping the emo element in all your projects, by the way… we love it).

I’ve actually being doing Spirit Houses since I was in my late teens. I’m 37 now. I have one old “record” that I made over the course of a few years during the times that I was off tour. I recorded it all on my laptop or whoever’s lap top that was around at the time. It sounds terrible, but it’s a cool time capsule of those years of my life. The songs on my most recent recording jumped out at me and I felt like they needed to be given special attention. I’ve written songs for as long as I can remember. Spirit Houses still has a punk rock spirit, it’s just not as loud.

Weirdest thing to happen at one of your shows?

This was on an Avalanche tour in 2005. Kellen (bass player) was hanging out with a girl at the bar before a sold-out show in Orlando and had 12 too many drinks. He he was in the wrong tuning for half the set and kept on falling into Ratt’s drums for the entire show. That was the first time I ever saw the Ratt mad at ANYONE and he kept throwing pieces of his drums at Kellen until the end of the set when he barely had anymore drums or cymbals to play on. Ratt’s whole family was there to see him play and it was just a total f**king disaster and they witnessed it all. Kellen disappeared into the night after our set and we didn’t see him again until the next afternoon. Kellen is now married to that lovely girl he was hanging out with that night and they have a beautiful family. I love Avalanche so much for things like this and cherish every sh*tty show, every great show, every drink we had, every joint we smoked and every town we ever went to. Long live the F**king Avalanche!

Can you tell us a little about how the NYC scene has molded you into the musician you are today?

New York City itself has molded me both as a person and as a songwriter, not so much the music scene in New York. New York finds her way into nearly all of my songs in one way or another. I’ve spent almost my entire adult life here. I’ve struggled and succeeded in this town and then struggled again. I’ve lost friends to drugs, to L.A., to Nashville, to Portland to the grave. I’ve had loves and lost loves. I’ve moved apartments like nine times. I just never left and I don’t see myself ever leaving permanently. I have a relationship with this city that I don’t think anyone who hasn’t lived here for this long will ever understand. It’s in my skin and in my music forever. I wouldn’t change a thing.

You’re like the Jesse Malin of Brooklyn — owning bars and having an awesome music career. What made you decide to open Pearl’s and Three Diamond Door?

Pearl’s opened over seven years ago and Diamond over five years ago. I got tired of having sh*tty bosses and making money for everyone else. Anyone who knows me knows that I have an obsession with great bars. I love the feel of a lived in, worn down bar with ghosts in the walls. Avalanche was going through some f**ked up shit with our old label at the time and we weren’t able to make a record which meant we had nothing to tour off of. We were stagnant for a really long time and we were all just working our asses off trying to make ends meet. I was running a bar on the Lower East Side of Manhattan that had an evil owner and eventually closed. On top of managing the bar, I would bartend five to six nights a week and just rake in cash. Luckily, I was paying dirt cheap rent in Bushwick back then with roommates and was able to save a substantial amount of money. Betsy (my business partner and great friend) graciously let me into her vision and dream of Pearl’s. We built an amazing community of regulars there and it was the best feeling. The Three Diamond Door opened in 2012 and that is currently my day-to-day job. It’s a f**king handful and totally insane but it’s my baby and I love it and am forever grateful for this life.

Okay, now we have a few rapid fire questions for you…

What song of yours are you the most proud of?

Where would you want to live outside of NYC?

I am not guilty of anything I listen to! I love so much cheesy sh*t and I am loud and proud about it. It drives my friends insane.

Last concert you went to?

Thursday and Vinnie C at Williamsburg Music Hall in Brooklyn.

If you can’t find Mike at one of his bars, you can find him & Spirit Houses all over the internet: