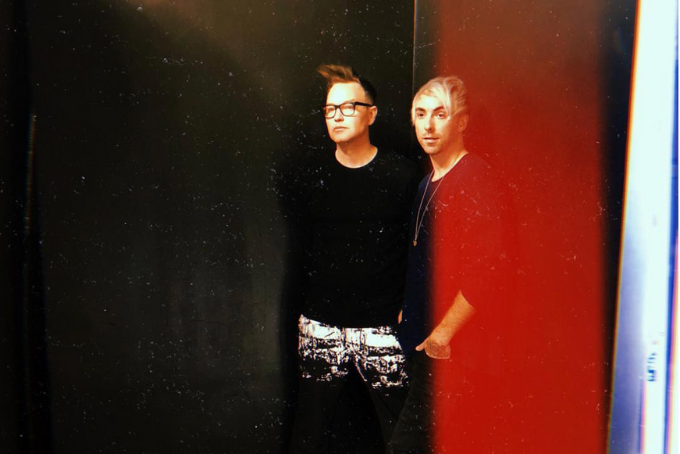 The new side-project that all of pop-punk has been talking about is back with a single, a music video, and an EP date. All Time Low’s Alex Gaskarth and Blink-182’s Mark Hoppus paired up to become Simple Creatures, and they have announced their debut EP Strange Love, as well as the title track. The EP will consist of six songs, including previously released “Drug.” It’s set to come out on March 29.

When discussing the new single, Hoppus said, “Strange Love is the first glimpse into the Simple Creatures universe,” and it definitely is a strange universe. The music video is quite psychedelic, with distorted images, colors, and the song’s distorted synths to back it up. It’s obvious that the two pop-punk icons are putting down their traditional sounds to experiment with new techniques and ideas, and so far, it’s working.

The Blink-182 frontman continues to say that Simple Creatures “set out to push ourselves in musical directions that are new and exciting to us. Embracing new recording techniques and processes, we broke songs down to their barest bones and rebuilt them into musical Frankenstein monsters.” The goal they set out to accomplish—they’ve definitely accomplished with “Strange Love,” and we can only assume that the other four unheard songs on the EP follow suit.

The tracklist for the Strange Love looks like this:
1.Drug
2.Strange Love
3.How to Live
4.Adrenaline
5.Ether
6.Lucy

The duo has also announced their first live performance. Simple Creatures will be joining bands such as The Wonder Years, ROAM, Slipknot, Def Leppard, Smashing Pumpkins, and Beartooth on stage at Download Festival in the U.K. this June.

So much is happening for this new experimental project, and it’s definitely something to check out if you’re looking to branch out in the music scene. We can’t wait to see what Simple Creatures has in store for us next.