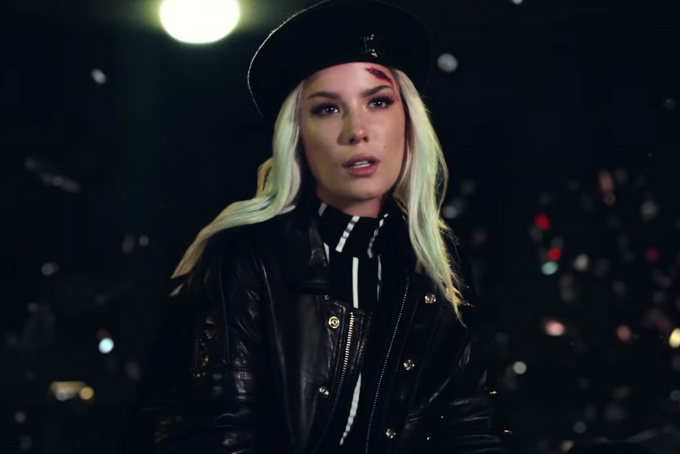 On Valentine’s Day, YUNGBLUD, Travis Barker from Blink-182, and Halsey teamed up to release their intense single, “11 Minutes.” The song has amassed over 13 million streams on Spotify since then, which is a career high for punk-rocker YUNGBLUD. It has a laid back punk-rock/pop sound to it, which is extremely unique from any music being released today in those genres.

Both Dominick Harrison (YUNGBLUD’s off-stage name) and Halsey are featured writers on the song. The “I Love You, Will You Marry Me” singer mentioned in a recent interview that he and Halsey met when she DMed him a black heart emoji and instantly bonded. Since then, the rumored couple hung out a few times and sat down to write a song together, which ended up becoming “11 Minutes.” Once they had the base of the song, they realized it needed a good drum beat to pull it together, which is where Travis Barker came in. The artwork for the single gives a sneak peek at the crazy scene the music video portrays.

Before it came out, the artists teased the movie-like music video on their social media channels, hyping fans up for the release on February 21! The three alternative artists came together in the video to explain what the song is about, which is the issue with love in today’s society. The meaning behind the song goes deeper than that. It covers the topic of not knowing what you have until it’s gone and the consequences that come with that.

The video is broken up into five chapters that resemble the five stages of grief: denial, anger, bargaining, depression and acceptance. In each chapter, YUNGBLUD wakes up in a panic and has 11 minutes on the clock. Before the timer ends, he needs to get to his love interest, Halsey, and prevent her from ending up in a deadly car accident. The timer resets for each stage of grief and shows that, despite taking a different course of action in each chapter, he can’t save her in time. We think this music video is some of the three artist’s best work in a while.

Watch it below and let us know what you think in the comments section or by tweeting us @soundigest!