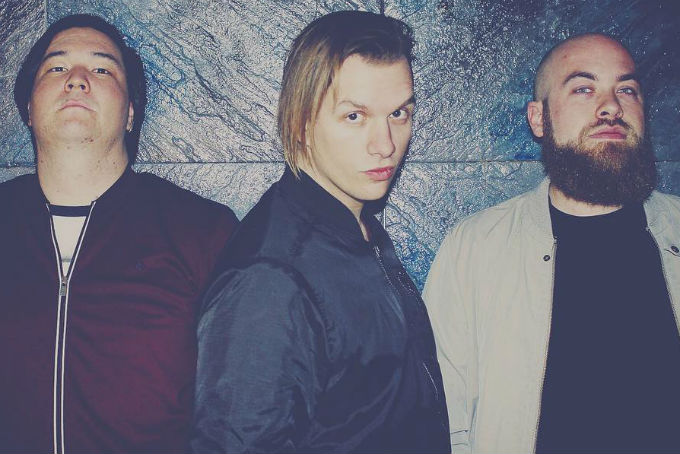 For those of you who are unfamiliar, Detroit-based rock band Filmspeed consists of members Craig Broomba, Nick Stout and Oliver Dobrian. Originated in 2004 (with Oliver joining the band within the last two years), the founding members hail from Michigan but made the move to Los Angeles to pursue their music career. Their first EP, El Japo, was released back in 2013, and it’s safe to say they’ve evolved quite a bit on their latest album, Hexadecimal, which was released in 2017. However, the band just released some more exciting stuff, like their new double single, “Bless My Soul/Shakey Love,” which is available now. Check out our interview with the band HERE:

You recently released your new double single, “Bless My Soul/Shakey Love,” on January 18. Tell us a little bit about the track(s) and what they mean to you.

“Bless My Soul” started a sexy guitar lick. It has morphed into a song that celebrates the heat of the moment.  There’s no substance on Earth that competes with the chemistry between two willing bedmates, so we figured it deserves another anthem.

“Shakey Love” describes a trainwreck of a person who would absolutely go off the rails if it weren’t for the better half.  It may or may not be me…

How would you say your music has evolved since the release of your EP, El Japo, back in 2013?

Oliver is just two years fresh in this band, so we’re at least 33% different haha!  I’d say that the music has become much more focused and groove-centric.  Much of our earlier recordings and even song arrangements are way more “indie” sounding. These days we tend to get obsessed with the hooks before anything else.

Your last album, Hexadecimal, was released in 2017. Do you have any plans for an album or EP release this year?

Maybe. We’re actually looking to release a string of A/B sides thru summer at least. The idea is to work with a variety of studios and producers on a wide range of songs. We’d like to collect a whole bunch of recordings that highlight different sides of the band. It all comes down to matching the song with the right team. With the right timing, we can hopefully capture some lightning in a bottle.

When you’re not on the road or in the studio, what do you like to do for fun? Do you have any quirky hobbies?

Both Nick and Oliver are avid gamers. In fact, they meet up online for DOTA and some other titles that I don’t really remember. Fortunately, my hobby got turned into a pseudo-job, so right now, while I’m typing up chatter about this band, you’re lookin at it!

The three of you came together in Detroit but ended up making the big move to California. How has the city influenced your music?

Nick and I moved from metro-Detroit a while back, but Oliver is a born and raised SoCal boy.  It’s damn near impossible to quantify how this place has changed the sound. At this point, it has as much to do with it as Detroit does. The roots run pretty deep, and visits back to Motown are still every few months. Simultaneously, we’re playing shows and making great friends with LA/OC’s finest rock bands.  Honestly, we can play with just about anyone, though we’ve never quite fit in anywhere.

You have previously said that the band name “Filmspeed” comes from the way that we process memories. What would you say is your favorite “filmspeed” memory that you have had so far in your career?

I can only speak for myself and cannot possibly pick one to stand above the rest. I can remember just a few weeks back for Olivers birthday, though.  We were outside Redding, CA with a trans leak and five hours of drive time left to get to the show that night. My voice was still recovering from eight hours of singing in a marathon 5-day run and the birthday boy himself was battle a nasty virus. We finally waived the white flag and unfortunately canceled the gig when it was clear that the SUV wouldn’t be fixed till the morning. So instead, we got ourselves some local brews, took a dip in the Super8 jacuzzi and closed the night with Bourbon, Netflix and the Big Lebowski. We had so much to abide by that evening, it was damn near scripted.

We’ve noticed you have your own podcast! Tell us a little bit about it.

Haha, yeah! Well, the title carries our motto “Consistently Off.”  That’s precisely what it is, too. We make a point to get together, have a sampler pack of beers and mouth off. Our conversations typically start by simply catching up and updating the folks on band current events, but always fall into massive rabbit holes on topics from home cooking to robots to life lessons and genetic engineering.

When you write a song, do you usually write together? Do the lyrics tend to come first or the melody?

Typically, the melody comes first. Not always, but 75% of the time it’s a melody that will wake me up in the middle of the night and repeat itself until it gets puts into some kind of voice memo or notebook lying around. Once a skeleton of a song idea materializes, I’ll send it to the boys in a big batch of misfit songs. We’ll all chat about favorites and pick ones to bring into the rehearsal room.  From there, it’s hammering it into a track that moves us. Lyrics are last. The biggest benefit there is having a full mood to match up with the right story.

We know you’re touring this month on the west coast on the Consistently Off tour. What are you most looking forward to about being back on the road again?

Playing every night. That’s where we live. Podcasts are fun, making videos is cool and studio time is always a blast, but playing live is everything. Leaving the boring routines and the day jobs behind for another city and a new stage just reaffirms what we’re meant to do.

Oh! There’s always more! We’ll be releasing the official video for “Bless My Soul” later this month so STAY TUNED.