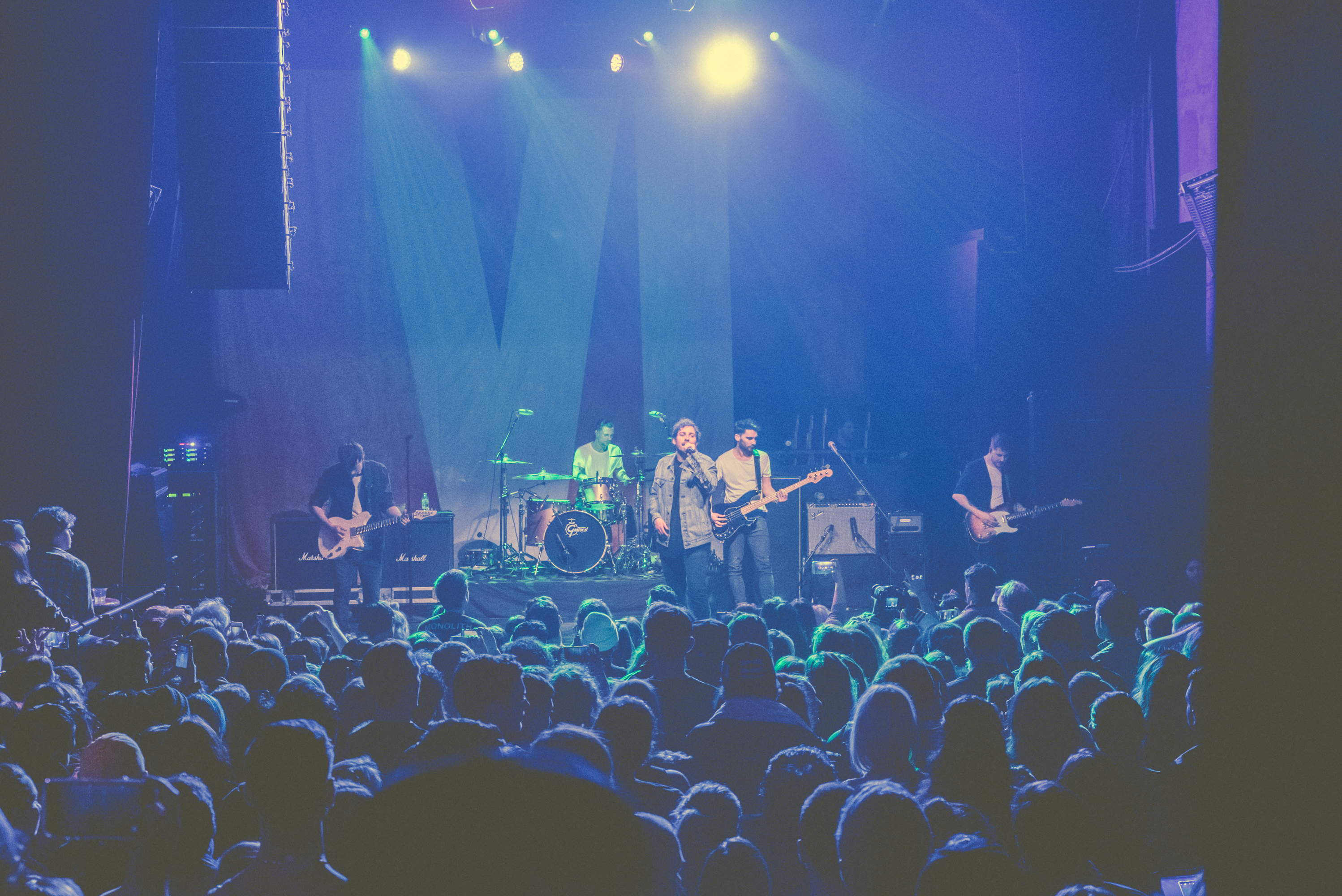 A line wrapped around 23rd street as fans braved the cold to see You Me At Six headline a sold-out show at New York’s Gramercy Theater on Friday, February 22.

Fans poured into the venue, and at 7:45 p.m., opening act machineheart took the stage. The pop band had the crowd moving, with frontwoman Stevie Scott commanding the stage. Scott’s stage presence was etherial, and her voice powerful. The band mainly played songs off their latest record, People Change, which debuted February 8 via Nettwerk Records. By the end of the set, the venue was completely packed with energetic fans.

Indie pop outlet Dreamers took the stage next, and the crowd was absolutely loving it. Everyone was on their feet, screaming along and dancing throughout the set.

Finally, a little after 9 p.m., You Me At Six took the stage. The band headlined the Gramercy Theater a number of years ago, and stressed how much they love it there, which of course, the crowd loved. The band opened with the new indie pop hit “Fast Forward,” followed by fan favorites “Reckless” and “Loverboy.”

The band played a mix of songs from each of their albums, from 2010’s Hold Me Down to 2018’s VI. The crowd reacted to each hit with equal enthusiasm. A particularly beautiful moment was when they played “Take On The World” from 2017’s Night People. Vocalist Josh Franceschi asked for all of the house lights to be turned off, and all 600 people in the venue lit up the room with their flashlights and lighters.

Franceschi’s stage presence is fun and engaging. He was talking to fans one-on-one throughout the set, and even brought one young fan named Alex up on stage for “Bite My Tongue.”

After “Bite My Tongue,” the band stepped off stage, and eventually came back for a fantastic four-song encore, closing with their massive hit “Underdog.” The night was certainly one to remember.