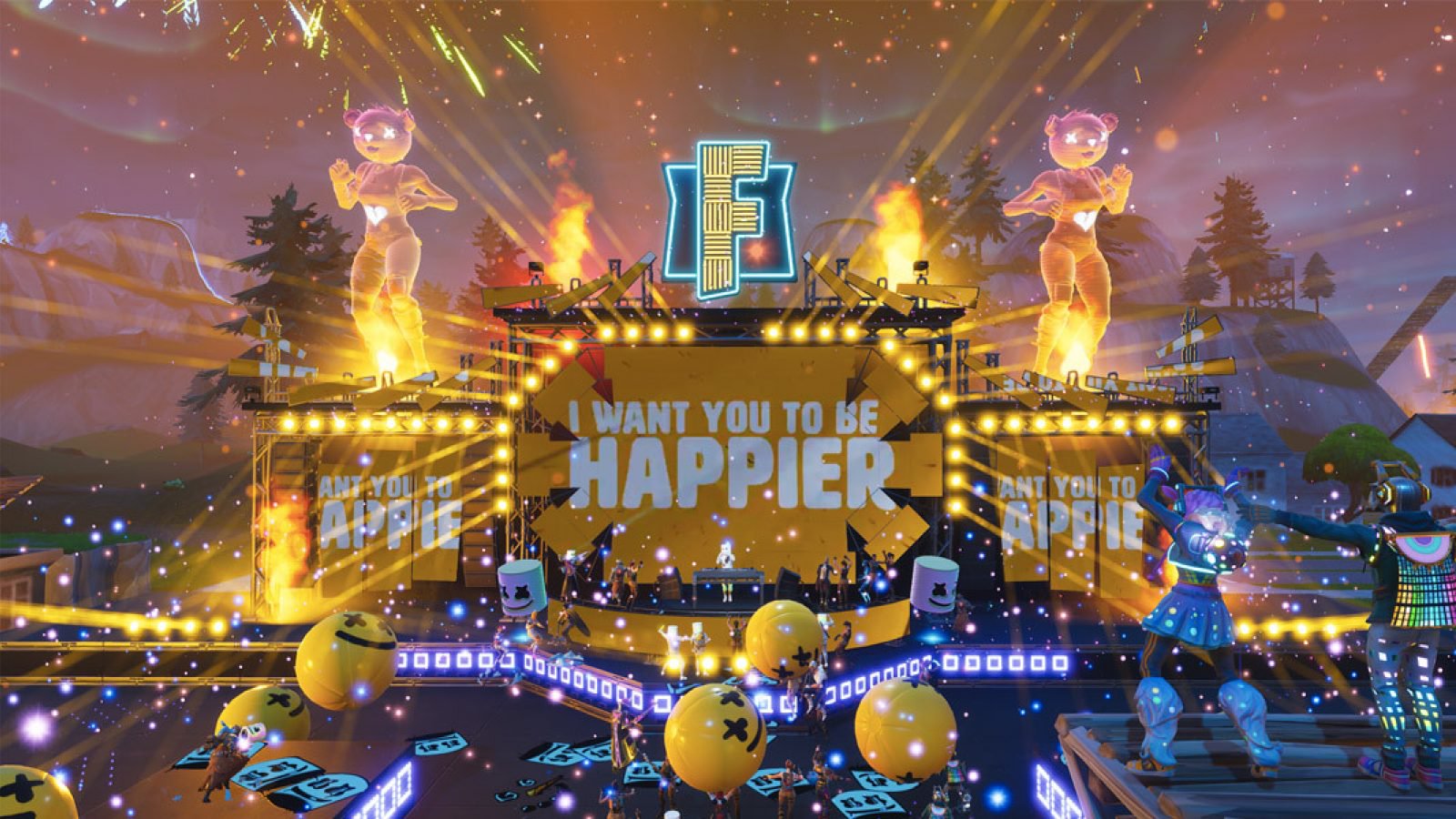 When I hear the word “Fortnite,” my brain is automatically drawn to all the corresponding memes on my Twitter feed and the 10-year-old boys that I babysat last summer who fought over whose turn it was to run from the storm. I have never associated live music with a multiplayer fad circulating the video game world — until now. As a live music addict, when I heard that one of EDM’s most popular DJs, Marshmello, was to perform a virtual concert in Fortnite’s Pleasant Park, I honestly didn’t know what to think.

The 10-minute gaming event that drew almost 10 million players is being framed as one of the largest digital gatherings to date, with nothing but positive press. The online performance pushed a spike in Marshmello’s social engagement, gaining 62,000 followers on Twitter and 260,000 on Instagram. It also promoted the helmet-wearing producer’s popular track “Happier” to no. 2 on the Billboard Hot 100 chart.

The well-done production of the virtual set imitates an atmosphere that you’d experience at a festival like Electric Daisy Carnival or Ultra. It included pyro explosions, extreme laser lights and a giant LCD-like screen with psychedelic visuals, which are rave essentials.

Marshmello takes pride in what he created, tweeting, “What makes me happiest about today is that so many people got to experience their first concert ever.” Which is true…sort of.

Yes this was live streamed and attended by many fans that have never been to a concert before, but it was from them sitting at home in their bedrooms holding a controller in front of a screen. You don’t hear people calling the Super Bowl halftime, or performances on the Grammys their first concert because they got to experience it live from a screen, do you? Besides, I think the hype surrounding Marshmello’s set is a bit overdone. Contrary to most Fortnite player’s beliefs, this is actually not the first time an artist has performed for a video game. The first band to do a virtual tour through Second Life was Redzone back in 2007, and Minecraft hosted the first online music festival earlier this year.

What makes me happiest about today is that so many people got to experience their first concert ever. All the videos I keep seeing of people laughing and smiling throughout the set are amazing. Man I’m still so pumped

I can see these virtual concerts maybe becoming more prominent for the occasional promotional or community building effort, but for the future of live music? I don’t think so. Watching the full performance on YouTube made me cringe just a bit. The crazy avatars jumping into the sky and doing their weird Fortnite dances made it feel so fake and wrong to me.

Part of what makes a concert so inviting is the adrenaline you get from being let into the venue after waiting in line for hours to see your favorite band. It’s the pain you have in your throat at the end of the night from singing too loud. It’s the excitement you get from making eye contact with the guitarist and having him smile back at you. It’s a full blown had-to-be-there, social experience that simply cannot be replicated by the mind blowing technology of video games and virtual reality.