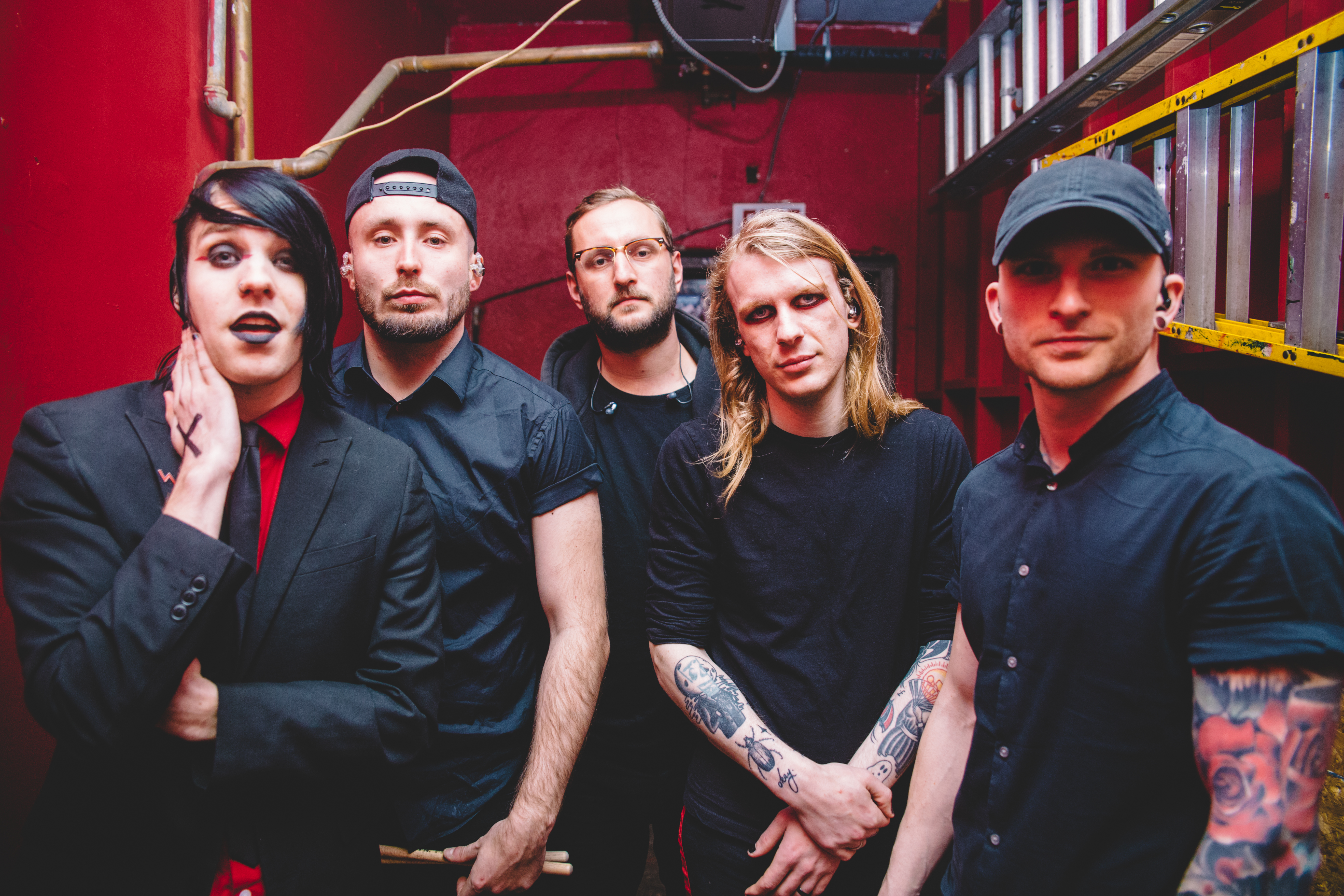 From YouTube to touring the world with As It Is, Patty Walters hasn’t stopped and doesn’t plan on it any time soon. The American-born frontman of the British rock band has grown up a lot in the last few years, and his musical releases do not hide it. If you didn’t already know, the rocker posted an advertisement online in which he was looking to start a band. Little did he know, the ad would help him turn his dreams into reality. Right before As It Is finished The Great Depression Tour, we got to hang out with Patty and dive deep into the band’s musical roots, growth and more.

So I want to kick this interview off by saying how your latest album, The Great Depression, is so powerful and really has been pushing boundaries. How was the writing and recording process for this one? Did it differ from your previous music? It seems to be much more personal this time around.

The Great Depression was our most ambitious, creative endeavor in every possible way. There were days, weeks and months where we all believed it would be our final album, so with nothing to lose, we took every musical and lyrical risk in front of us.

Are there any topics that have been harder than others to write about? Is there anything that you’ve been hesitant to write about before that you kind of pushed yourself to write?

Including lyrics like, “Listen close enough and this song might just save your f–king life,” and “We tell you it’s okay to die ’cause we don’t give a shit,” were decisions we did not make lightly. We put a tremendous amount of faith in our fans—that they would be open-minded enough to consider that such lyrics are equal parts cynicism and hyperbole.

As It Is’ music has grown and changed quite a bit throughout the years. What’s helped inspire this? Was it something that came naturally?

We’ve always been heavily influenced by bands like Paramore, My Chemical Romance, Fall Out Boy and Panic! At The Disco—bands that reinvent themselves with every album and era. It was natural and exciting to embrace a much darker direction, musically. There are so many bands who dilute their sound in the interest of mainstream accessibility, so it felt extremely rewarding to be marching in the polar opposite direction.

You guys are out on The Great Depression Tour. How’s that going so far?

It feels so wonderful to finally celebrate The Great Depression across North America. This has just been one of the most fun and fulfilling tours we’ve ever experienced. We love and believe in every band sharing the stage with us each night, and it’s been a blast spending the past month with such exceptional humans.

For this tour, you’ve partnered up with A Voice for the Innocent, a nonprofit organization that provides community, resources and support for people who have been affected by sexual violence. Why did you guys specifically pick this organization to work with?

We were extremely passionate about including a non-profit on the tour. We love and admire AVFTI, both as people and an organization, and their already close relationship with Sharptooth made them an even more appropriate choice for this tour.

What can we expect from As It Is after this tour?

We won’t be slowing down anytime soon; we’ll sleep in our own beds once, maybe twice, before we leave again for our UK headline run, following which we leave to support Enter Shikari across mainland Europe. We also have some very big plans throughout the summer that we can’t wait to share with the world! Thank you for welcoming The Great Depression into your cities and your hearts. We love you all.

Check out the rest of Sarah Waxberg’s photos from the show here.