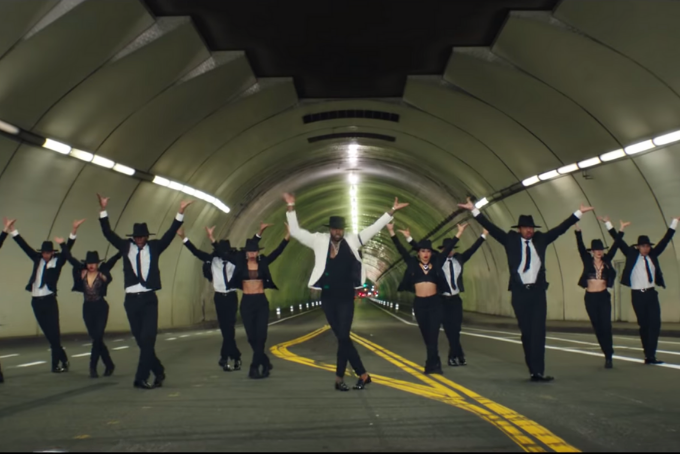 Get on your feet! Jason Derulo, Exo‘s Lay Zhang and K-pop boy band NCT 127 have teamed up to release the Michael Jackson tribute single “Let’s Shut Up and Dance.”

“Let’s Shut up and Dance” is the lead single from 7Six9 Entertainment’s The Greatest Dancer, a four-song EP box set inspired by and dedicated to the King of Pop. Co-written by Derulo, the infectious song calls for girls around the globe to dance with him, LAY, and NCT 127.

Not only is this a great way to pay tribute to the “Smooth Criminal” singer, but the track is also a major bop! If your first listen didn’t get you dancing, we think the video certainly will. The high-energy visual features dancers from all around the world and was shot in several locations, including Korea, Ethiopia, Jamaica, London and Los Angeles. They even recreate some of MJ’s most iconic dance sequences, and we’re super into it.

“Let’s Shut Up and Dance,” along with this upcoming EP release, reflects just how much influence Jackson had on all music and dance lovers, not only in his generation but in millennials and Gen-Zers as well. The Greatest Dancer is set to release on June 25 in honor of the 10-year anniversary of the King of Pop’s death.

Watch the energetic video below!