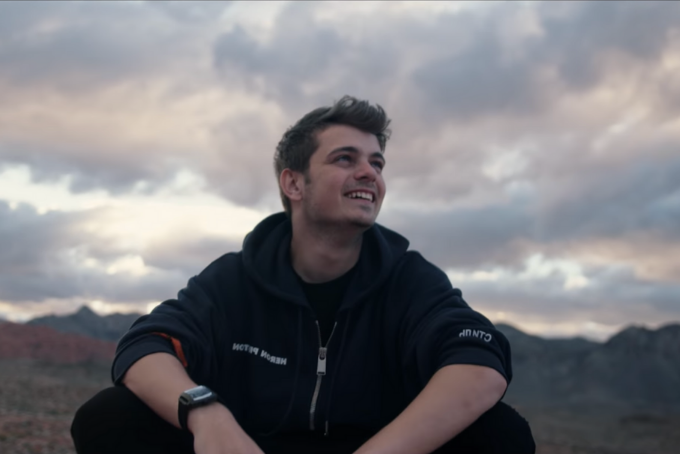 It’s easy to get caught up in the void that the end of festival season causes, but have no fear! Dutch DJ Martin Garrix has teamed up with his buddy Bonn once again to create a new effervescent single called “No Sleep,” and it’s sure to pull you out of your winter blues.

This is the second song that Garrix and Bonn have collaborated on in less than a year. The dynamic duo premiered their first smash hit “High On Life” at Tomorrowland in July 2018 and, since then, the track has had close to 130 million streams on Spotify alone. Despite the fact that this new upbeat ballad has been released well before the official start of EDM lovers’ everywhere favorite time of year, “No Sleep” does possess many of the same show-stopping qualities. So, if history is to repeat itself, then this new air will be the next big dance hit of 2019.

At just 22 years old, Martin Garrix is king of producing the unexplainable feel-good quality that progressive house music constructs, with each and every one of his tracks, and “No Sleep” highlights this feeling even further. Between the serene sound of the vocals and the zealous bass drop, it’s near impossible not to smile when you listen to this track. It’s all about living in the moment of the night, being surrounded by your best friends and living out some of the best experiences that life has to offer.

The story of how “No Sleep” came to be is extremely fitting. The #1 DJ in the world three years in a row shared on Instagram that it was written when he and his team couldn’t fall asleep after his first-ever performance of “High On Life.” Due to the “adrenaline and excitement,” instead of sleeping, they decided to write a song.

Little fun story about No Sleep; my friends Albin and Kris (who I wrote the lyrics with for High On Life) joined me on tour last July to Electric Nation, Vienna and Tomorrowland (Belgium) to perform High On Life for the first time! After both shows we couldn’t fall asleep because of the adrenaline / excitement.. so we grabbed a guitar and wrote a song about not being able to fall asleep. the end 😀 @iambonn @albinnedler #NoSleep

Listen to “No Sleep” below, and let us know what you think in the comments section or by tweeting at us @soundigest.