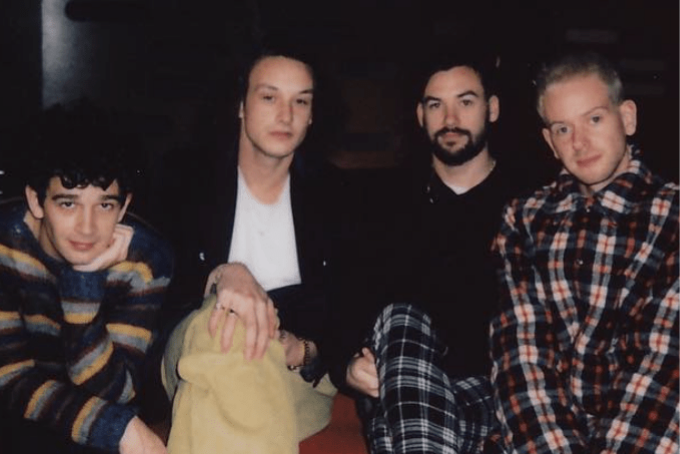 The 1975 aren’t strangers to making grand political and social statements. Whether it’s through their emotional lyrics or quoting a powerful article while on stage accepting an award, they never shy away from making their opinions known. In this day and age of rapid social media trends and intense political debates, celebrity voices are needed now more than ever. With an increasingly popular platform, the band continues to showcase what they stand for.

There have been many times that the quartet has used their significance in the music world to make a difference. More recently, frontman Matty Healy quoted an article written by The Guardian‘s Laura Snapes about the recent allegations against indie-rock artist Ryan Adams. The New York Times published an exposé that included accounts from various women that claimed to have experienced manipulation and abuse from the singer.

In response to these valid claims, Healy brought attention to the misogyny in the music industry while accepting their award for British Group at the Brit Award.

They took home that same award two years prior, and Healy once again voiced his opinion on celebrities using their platform for good. He urged big-name artists to stand up for issues they believe in.

The band strives for an open-minded fanbase—their track “Loving Someone” from their sophomore album I like it when you sleep, for you are so beautiful yet so unaware of it rings true to that testament. As advocates for the LGBTQ+ community, the record accepts the idea of love in all forms.

While the past few years have been riddled with violent acts of hateful rhetoric, the band perseveres with meaningful lyrics in their music. Their most recent album A Brief Inquiry Into Online Relationships was a peek inside the mind of a millennial-driven generation.

One of their biggest hits from the LP titled “Love It If We Made It” is pieced together with quotes and tragedies that have shaped the dwindling state of society. However, with insurmountable odds, the group shouts a feeling of hope. They believe we’re going to make it, no matter how much despair we feel.

“I Like America & America Likes Me” is another emotionally wrought track from the critically-acclaimed album that tackles the controversial issue of gun violence. Healy has been very vocal about the need for gun control in the U.S., voicing his concerns on Twitter.

Get rid of guns. Stop being childish. There is no excuse. It's pathetic.

The track solidifies their strong stance on a deep-rooted problem in America. The frontman pleads for anyone to listen—a very real sentiment about the younger generation begging for a change after witnessing countless school shootings.

The 1975 are paving the way for other up-and-coming bands to use their voice—and not just in the musical form. Utilizing a platform that’s increasingly popular can cause a significant shift, whether it’s good or bad. The band is a prime example on how to use it for good—standing up for equal rights and fighting against a hateful ideology.