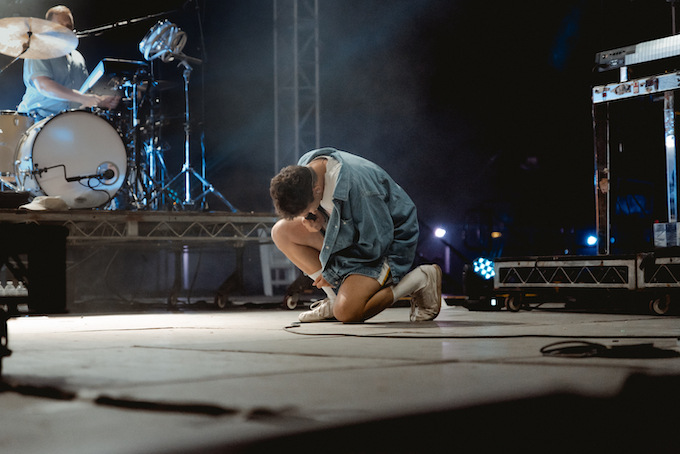 Antonoff confirmed on Thursday, February 28 that Bleachers is slowly but surely putting together a new album, and of course, fans of the band freaked out immediately.

Responding to a fan’s request for new music, the “I Wanna Get Better” singer tweeted “i’m working hard. have a few songs that i love and are part of B3. have this idea in my head and piecing it together … strange puzzle Zz strange desire etc.”

i’m working hard. have a few songs that i love and are part of B3. have this idea in my head and piecing it together … strange puzzle Zz strange desire etc https://t.co/6QX7pZWrP8

The band’s most recent album, Gone Now, was released in 2017, following up 2014’s Strange Desire. In 2018, the band released a song for the film Love Simon — executive produced by Antonoff — called “Alfie’s Song (Not So Typical Love Song).”

Since rising to indie-pop stardom, Antonoff has established himself as one of pop music’s top songwriters and producers. The Bleachers frontman has contributed to an impressive array of albums, including Lorde‘s Melodrama, Taylor Swift‘s Reputation and Lana Del Rey’s upcoming album, Norman F–king Rockwell. On top of that, his work on St. Vincent‘s Masseduction album won him his fourth Grammy ever. How awesome is that?

Like you, we’re so curious to see what the band has up their sleeves next. Before creating Bleachers, Jack sang and played guitar, drums and piano in the pop band Fun. With Bleachers, however, it seems that Jack has a lot more creative control and is finally making the kind of music he wants to be making. With all those accolades under his belt already, it seems that it’s truly paying off.

Check out the band’s most recent track here: