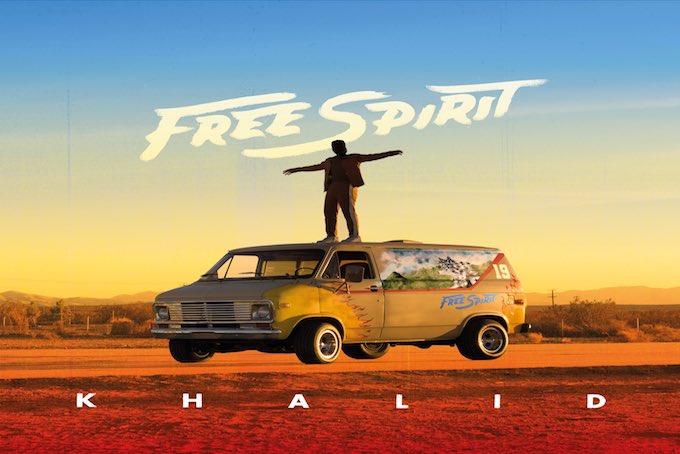 21-year-old R&B artist Khalid has been climbing his way to the top since his 2017 debut album, American Teen. Back in October 2018, he released his Suncity EP, and now he’s finally announced Free Spirit, his second full-length album, which will be out very soon.

Free Spirit is set to drop on April 5 through RCA and Columbia Records, but it’s not just an album that we have to look forward to. On April 3, a short film by the artist himself and directed by Emil Nava will be in theaters worldwide.

The “Young Dumb & Broke” singer took to Instagram to say, “I’m no actor, but honestly, shooting for Free Spirit was so much fun and stepping out of my comfort zone inspired me A LOT. I’m so anxious and excited it’s killing me.”

hey guys! For my second album I wanted to do something special for you all so I shot a short film for the album! Its in theatres worldwide on April 3rd for ONE day only and includes an album listening!! I’m no actor, but honestly, shooting for Free Spirit was so much fun and stepping out of my comfort zone inspired me A LOT. I’m so anxious and excited it’s killing me hahaha!!! A link to sign up for more information is in my bio! Tickets/info out soon. Love u guys sm ❤️

As if that’s not exciting enough, the short film will also be accompanied by an early opportunity to listen to the album. But, there’s a catch! You will only be able to see it in theaters for one day only, and that day is April 3. You can purchase tickets at FreeSpiritTheMovie.net.

“This album is the culmination of all the growth and experiences I have gathered over the past two remarkable years,” Khalid told Beats 1. “I have been in the studio pouring my soul and spirit to create a body of work that I hope speaks to each and every one of you.”

The Texan singer-songwriter has proved that he hasn’t stopped working since the release of American Teen, with tours, festivals, his Suncity EP and everything in between. We’re ready to see if all the hard work has paid off on Free Spirit.

Pre-order for the album will be available on March 7. You can buy tickets now to see the short film in theaters, and as for Free Spirit itself, we’ll just have to patiently wait for April 5.