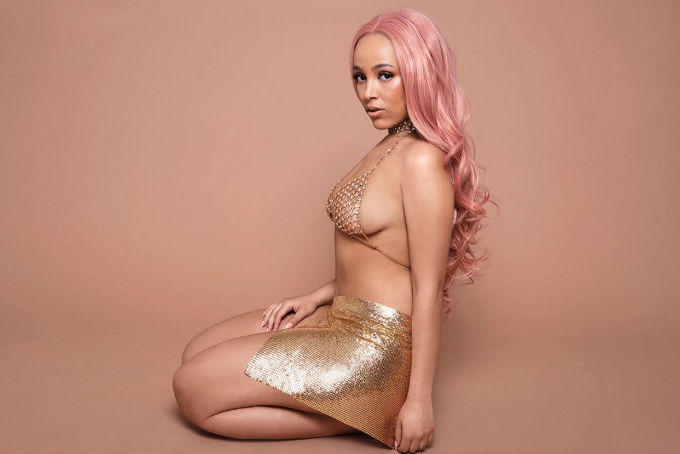 This week, R&B star Doja Cat surprised fans with the release of Amala (Deluxe Version), which includes three additional tracks. The original album was released just a year ago on March 1, 2018. In celebration of Amala turning a year old, the singer polished off the album by adding a brand new song “Juicy,” the recently released single “Tia Tamera” (feat. Rico Nasty), and of course, the infamous single “MOOO!” that exploded all over the internet last summer. The combination of these new tracks creates the perfect trio to keep the album fresh, exciting and extremely entertaining.

The newest track, “Juicy,” is just about everything we could expect from Doja Cat. The 23-year-old songstress has a very particular taste when it comes to her aesthetic. Based on Doja’s wardrobe, colorful imagery and sassy personality, she has no shame in showing off her girly, hyper-feminine style. A majority of the tracks from Amala address Doja’s sexuality through the metaphor of candy. She describes herself as sweet, sticky and a little addictive, similar to a sugar rush. “Juicy” is all about body positivity as she flaunts her curvy figure.

She sings “She keep that booty booty, she keep that plump//That natural beauty beauty, yeah yeah//If you could see it from the front, wait till you see it from the back.” Overall, the new track fits into Doja’s candy store-inspired theme flawlessly.

If you thought “MOOO!” was the only joke track Doja would ever produce, think again! After “MOOO!” became the new face of internet meme culture, we weren’t sure if that marked a new comedy-based phase in the singer’s discography or if it was simply a one-time deal. However, after a few months of touring, Doja returned with another comedic single, “Tia Tamera.” The main joke is in the track’s title where the singer compares her breasts to the identical twin stars Tia and Tamera Mowry. The reference to the adolescent ’90s stars is super smooth as she sings, “My twins big like Tia//My twins big like Tia, Tamera.”

Just last week, the singer released her brand new music video where Rico Nasty makes a strong appearance. The two artists are dressed identically to imitate the funky ’90s attire that we all know and love. The video itself is a very nostalgic piece of work for the millennial generation, with references to Nickelodeon’s game show Double Dare and visuals inspired by hip-hop artists Busta Rhymes and Missy Elliot. The video is full of neon color, bold patterns and amusing dancing performed by the two artists.

With the release of Amala (Deluxe Version), we can’t wait to see what Doja Cat does next. In the meantime, you can catch her on her brief European tour, which kicks off this month.