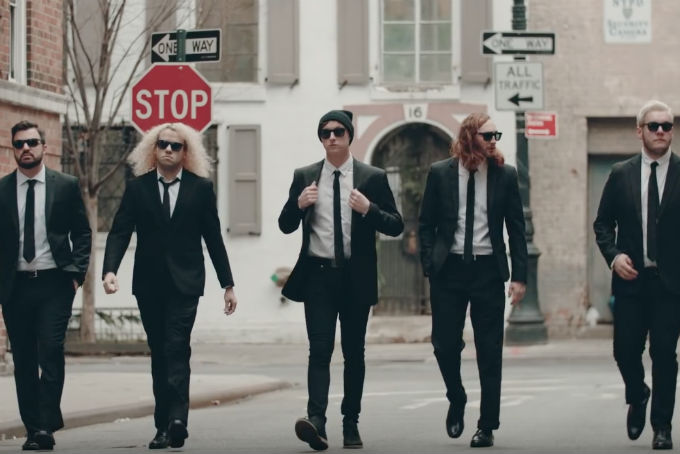 OMG, you guys. State Champs recently released their latest music video for the track “Criminal,” which is from their 2018 album Living Proof, and it’s basically a cautionary tale. According to Ryan Scott Graham, the band’s bassist, this video is a prequel to their video for the first single off of Living Proof, “Dead and Gone.” This video is a part of a bigger story arc to be fully told throughout the Living Proof-era music videos. In this particular video, the band dedicated the song to one man’s search for an iPod Classic in 2019.

Our brand new music video for "Criminal" is premiering now on @Billboard! RT this for a chance to win the iPod used in the video! Winner will be announced this Saturday.
WATCH: https://t.co/4vEA2Evw9V pic.twitter.com/YzpXP0u4PW

The man searches throughout New York City for the iPod with cameos from State Champs during his journey. The man, who’s duped by some Craigslist user, then finds himself face-to-face with some weird people in some even weirder situations. from one person (a.k.a. Ryan Scott Graham) holding an alligator), to another zipping up frontman Derek DiScanio in a body bag, the message to not order things through Craigslist is pretty clear.

The Albany-based band are currently out on their Living Proof North America tour with supporting acts Our Last Night, The Dangerous Summer and Grayscale. The tour runs throughout this month until March 29 at the Granada Theatre in Dallas, Texas. The full list of dates and tickets for the remaining shows can be found on State Champs’ website.

Watch State Champs’ misadventures in New York City on this witch hunt for an iPod Classic in the “Criminal” video HERE: