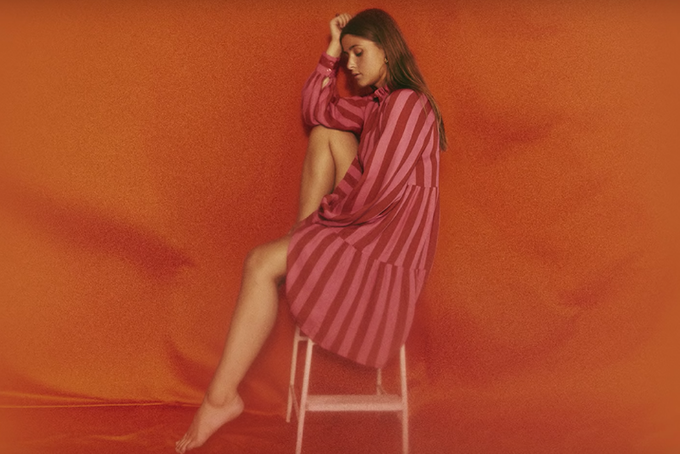 On March 1, LÉON released her debut self-titled album. The 10-track project features her singles “You And I,” “Falling” and “Baby Don’t Talk,” which came out several months prior to the album. Although the Swedish singer has traveled long and far from her first 2015 hit single “Tired of Talking,” we are stunned with how consistent she keeps special themes present in her discography. LÉON has a soft spot for love and has had the reputation of being a hopeless romantic from her early work onward. This album is the perfect reflection of the songstress’ raw talent and touching presence.

It’s hard to describe what it feels like to let go of something that you’ve been working on for so long. I’ve gone crazy over this record so many times. I’ve driven other people crazy too, haha. I’ve spent so many days and nights just thinking about it or working on it. And I have waited for this day for what feels like forever and now I finally get to share this whole thing with you all. It truly means the world to me. I’ve put all my feels into it and I hope that you’ll feel that too. I can’t wait to get out on tour and make all the songs come to life. And to everybody who’s been a part of making this record happen, thank you for being the best and for being apart of it. You know who you are! 🧡🌺❤️

LÉON takes an important stance on the current trend of casual relationships in her album. The 26-year-old singer writes about the common themes of falling in love, contemplation, jealousy, heartbreak, resentment and acceptance. She uses her flaws as a tool in her writing to express her mistakes, vulnerabilities, and realizations. LÉON’s honesty is valued by her fans, especially to those who feel stuck in the years of being a twenty-something-year-old woman living in this fast-paced society.

One song that really highlights LÉON’s vocal ability on the album is “Cruel to Care (Voice Memo).” Yes, you read that right… LÉON decided to leave one of her tracks completely raw and unedited. “Cruel to Care” is very soft and delicate and addresses the difficult feeling of letting go. The simplicity of LÉON’s acoustic session makes it easy to focus on her silky vocals. She depicts the feeling of missing an ex-love and experiences heavy guilt from refraining to move on.

Following “Cruel to Care” is another standout track, “Pink,” which is a bit controversial, yet very enticing. In this song, LÉON makes a statement by admitting to some things most of us would always deny. She walks us through her mind after a rough breakup and shares that sometimes her desperation drags her off the edge. She sings, “Sometimes late at night // Yeah, I pass your house, I see all the lights // Maybe clues shining bright // And I wonder who’s staying for the night.” In this confession, she shows us that there is no time limit set to move on from a past love. She is vulnerable in sharing the deep, dark intersections of her mind.

The project as a whole is very well produced, however, we would like to see LÉON act a bit more daring with her lyricism. As a debut album, it was a job well done with just as many ballads as there were bops! More importantly, the genuine honesty behind LÉON’s work is refreshing to hear and opens up the opportunity for more vulnerable connections.

Be sure to catch LÉON as she embarks on her headlining spring tour!