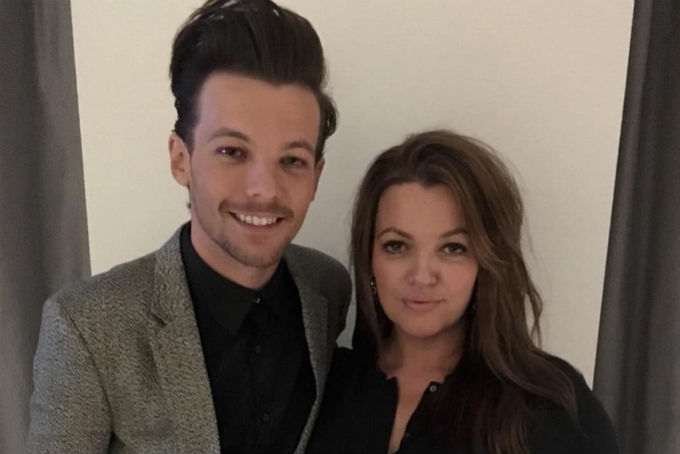 In case you missed it, Louis Tomlinson released his latest single “Two of Us,” and you’re definitely going to be reaching for the tissues. This is the first single the “Back to You” singer has released since 2017, and it’s a tribute to his mother, Johannah Deakin, who passed away in December 2016 from leukemia.

Deakin passed away at the age of 43, right before Tomlinson was about to launch his solo career, leaving behind the then 24-year-old and his six siblings. The single is dedicated to her and speaks on the impact his mother’s illness had on him. He also speaks to his mother directly in this track.

Although it’s heartbreaking, Louis revealed in a recent interview with BBC’s Radio 1 that writing the song was actually very therapeutic for him.

The ballad is set as a one-sided conversation he’s having with his mother, which starts off with him longing to hear her voice again.

“This morning I woke up still dreaming // With memories playing through my head // You’ll never know how much I miss you // The day they took you // I wish it was me instead,” he sings.

If you aren’t crying by now, you’ll definitely be crying by the end of the chorus when Tomlinson sings, “Tattooed on my heart are the words of your favorite song // I know you’ll be looking down // Swear i’m gonna make you proud // I’ll be living one life for the two of us.”

The “Just Like You” artist said the single was the next step of working through his grief. He also hopes the song will help his siblings mourn their mother’s death and bring others dealing with grief some hope too.

Clearly, it’s a very personal song that expresses such strong and raw emotion. “Two of Us” is the only sentimental song that we know of so far, which will definitely be featured on the One Direction singer’s debut album. He also promised that the album will be out this year, so we still have a lot to look forward to.

The massive love and heartfelt responses regarding the single have been absolutely incredible to see. We love how fans are rallying around Louis — especially after being so vulnerable and sharing such a personal song with the world.

Your support means the world and has made all of this possible. Never forget we’re a team! Massive love to you all

The song is now available on all streaming platforms.