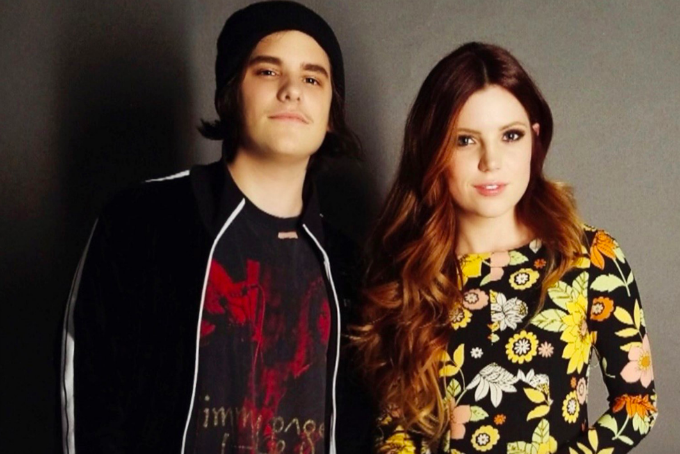 On Friday, March 8, the alt-pop sibling trio Echosmith teamed up with the DJ Audien for the beautiful melodic track called “Favorite Sound.” This is Echosmith’s first release of the year since their 2018 single “Over My Head.”

On “Favorite Sound,” Echosmith frontwoman Sydney Sierota lends her beautiful vocals for an incredibly raw and emotional track. Sydney even admitted on Twitter that this is the most vulnerable she’s ever been on a song.

“This song’s really close to my heart & probably the most vulnerable I’ve ever been lyrically,” she wrote. “So I’m pretty excited for you all to hear it.”

This song’s really close to my heart & probably the most vulnerable I’ve ever been lyrically. So I’m pretty excited for you all to hear it:)

As far as Echosmith goes, they’ve never been so open about their insecurities and anxieties, but the pre-chorus gives us some insight on the fact that we all deal with the same emotions.

Sydney also announced the release on Instagram, writing, “Getting the chance to share new music with you is always so special to me and don’t worry, we’ll keep doing lots of that this year. But man, this song… I have so many reasons why this song is my FREAKIN JAM, but mostly because of the lyrics.”

She then went on to explain that there was a moment her anxiety almost made her want to back out from dropping the track completely, since it’s more raw, honest and vulnerable than she’s ever been before.

“I had a moment last week where I started to feel nervous about sharing this song with you because the lyrics are so personal,” she share on Instagram. “But that’s when I realized, that’s exactly why this song needs to be out in the world. I know so many of you have dealt with anxiety, depression, and just flat out hard times and I really hope this song makes you feel less alone and more acknowledged. All of us really do need help, we can’t live this life alone. And no, you should never apologize for just existing and being exactly who you are. I love you all so much and I’m so happy this song belongs to you now.” Aww!

Listening through this song, Sydney’s anxiety is audible, but still, she powers through it. Admitting that you need help is the first step to recovery, and “Favorite Sound” is definitely a translation of that wake-up call.

If you didn’t love the studio version enough, Echosmith also posted an acoustic version on Twitter last week, and we’re seriously obsessed. Check it out:

A lil stripped down version of #favoritesound to hold you over til next Friday 🙂 @audien pic.twitter.com/o5IIgi4IAd

Well, what do you think? We don’t know about you, but we think it’s so awesome that the band is challenging themselves by diving deeper into their own personal emotions. After all, isn’t that when music resonates with listeners the most?