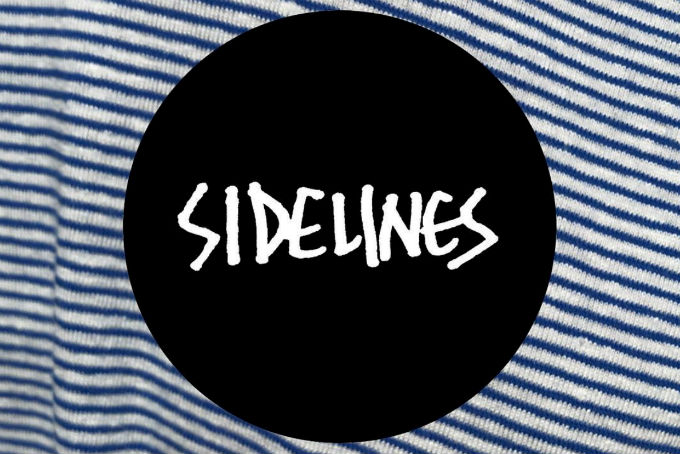 Just weeks before debuting their first album, Wallows released their new single “Sidelines,” following up their first two singles “Scrawny” and “Are You Bored Yet?” The LA-based indie-rock group has created an impressive collection of singles along with their 6-track long EP Spring. After taking some time to tour throughout festival season, the boys are ready to share some new tunes from their highly anticipated album Nothing Happens, with “Sidelines” proving to be some of their best work yet.

With the release of “Sidelines,” we were also given a brand new lyric video. Band members Braeden Lemasters, Cole Preston and Dylan Minnette are featured in a more simplistic, creative approach throughout the roughly three-minute-long video. The boys self-directed the entire project, taking turns filming while playing mini-golf at Los Angeles’ Castle Park.

Although everything appears super colorful and carefree, there’s a much darker melancholy tone that peaks out. As lead singer Lemasters leads us through the song, it’s quite obvious that he’s a bit spooked out. The lively location of the video juxtaposes the lonely themes presented in the single. From his tired body language to his disappointed facial expressions, it’s not hard to tell that Lemasters is still thinking about his ex.

“Sidelines” is exactly what we expected from Wallows. It’s upbeat, vibrant and depicts the confusing feelings that come with heartbreak. The band does a wonderful job taking depressing, uneasy scenarios and turning them into catchy songs you can’t help but sing out loud to. In a nutshell, the new single touches on the nostalgia of reminiscing about a past love, and admits that getting over it can take longer than you’d like to admit.

In this context, he hasn’t forgotten about his love, and he can’t stand to watch her be with other people. Thoughts about whether or not their love was ever genuine enter his mind, but he ultimately dismisses the girl as the song closes out.