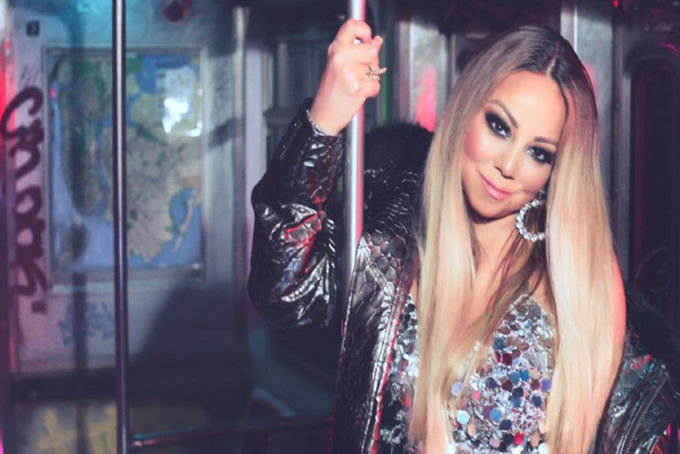 Long Island native Mariah Carey definitely knows a thing or two about New York City’s infamous subway system, and she showed us just that in her fun music video for “A No No.” The songbird supreme even made a relatable confession on Twitter: she’s hopped the station turnstiles before—but only two or three times, mind you. The legendary diva took the average NYC subway experience and turned it into a vibrant dance party in the visual for “A No No,” a fan favorite from Caution, one of the most underrated R&B albums of 2018.

The video features a diverse group of dancers (including Mimi’s beau, Bryan Tanaka) showing off their finest moves to the infectious tune. The most adorable performance, however, comes courtesy of a lovable cameo by Mariah’s twins, Moroccan and Monroe. What is perhaps the only fun subway ride ever follows an artsy aesthetic loaded with hues of blue, pink and a slew of colorful outfits in between. The five-time Grammy winner revisiting a subway cart is reminiscent of her cheeky 2014 ride on the 1 train, which went viral after an Instagram post along with a series of videos on the now-defunct Vine app.

Glimpses of our joyride on the 1 train #subwayincouture

The track itself samples Lil’ Kim’s 1996 single “Crush on You,” so we’re hoping for a collab on the remix with the addition of Cardi B as well. While it’s all still pretty up in the air, “A No No” surprised loyal lambs with a small gift to gush over at the end of the video: a new recording of the icon’s famous whistle tones that aren’t in the studio version of the song.

The tune clocked in at an impressive #3 on the New York Times’ “Top 25 Songs That Matter Right Now” list. You can catch “A No No,” along with a solid setlist of Mariah’s other hits, live on the ongoing Caution World Tour. Tickets can be found here.

Check out the full video below for the best NYC subway dance party to ever happen!