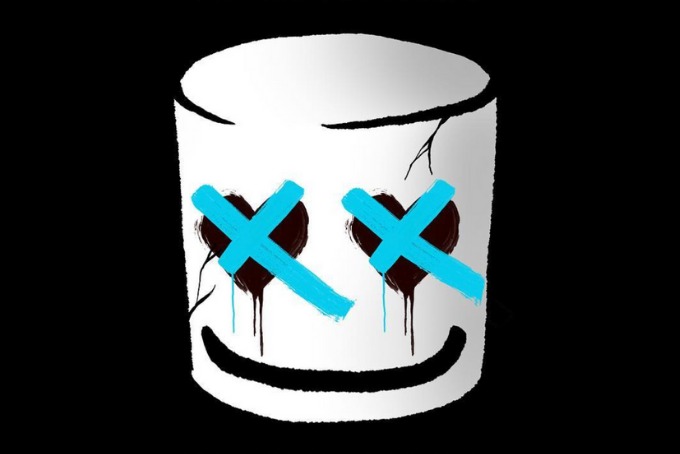 Can we tell you something, just between us?

On March 8, Marshmello released a new single with the indie-synth-pop outfit CHVRCHES titled “Here With Me.”

Marshmello isn’t a stranger to melancholy indie-meets-dance-pop collaborations—and this new single seems to be the spiritual successor to the single “Happier,” which featured Bastille frontman Dan Smith.

While Marshmello isn’t the first DJ to tap into alternative singers’ vocals to get a more raw sound, (music trivia buffs might remember Gerard Way’s punk-rock stylings on Deadmau5’s “Professional Griefers,” or Hayley Williams’ signature wail on Zedd’s “Stay the Night”) he manages to make his songs work in a way that others haven’t quite mastered. Lauren Mayberry’s twinkling vocals seem to melt right into the EDM-inspired beat, and if you weren’t paying attention, you might just think this was just a particularly radio-friendly CHVRCHES song.

Who is ready for here with me to drop tonight w @chvrches ???

But don’t let the danceability fool you. Mayberry isn’t going to let you forget that despite it being Marshmello’s song, she’s here too. The lyrics are surprisingly obsessive and dark, describing someone falling so irrevocably in love with someone else that they need to be with that person 24/7, In the Realm of the Senses style. Creepy.

As noted by Rob Arcand in Spin, this single, in particular, is heavier in the guitar department than your average Marshmello offering, which, when paired with Mayberry’s yearning delivery, adds a nice layer of authenticity that this otherwise typical pop song would normally lack.

And ultimately, despite everything it wants to be, that’s what this song ends up being: typical.

It’s the kind of chorus-heavy summer anthem that will probably get overplayed before the summer is actually here; the kind of mindless and fun bop that mall employees the world over will know by heart for years to come; the kind of song that will inevitably end up having millions of downtempo acoustic covers uploaded of it on YouTube by aspiring tweenage musicians.

Not that there’s anything wrong with that, of course. Reliability is a virtue of sorts, and without artists like Marshmello consistently pumping out clean crowd-pleasers like this, summer road trip playlists would be awfully boring.

And hey, we here at Soundigest are going to be playing this on repeat until we physically can’t stand it anymore, so that’s a pretty resounding endorsement.

What do you think? Is this song headed for your summer playlist? Let us know by leaving a comment below or tweeting us @soundigest!