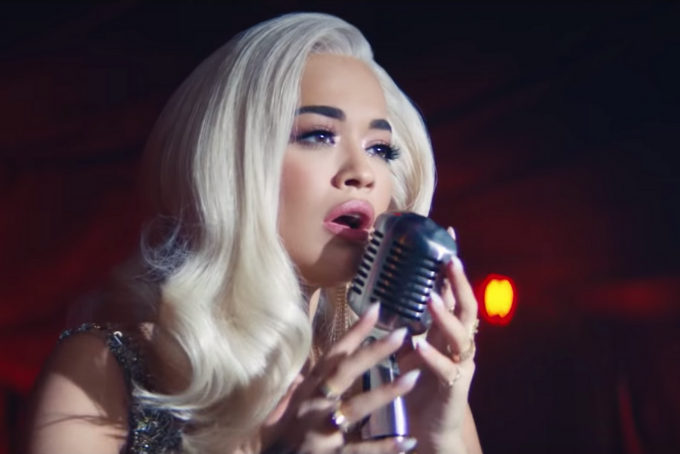 Like a Phoenix rising from the ashes, Rita Ora has set off on an exciting new chapter upon the release of her second album, Phoenix, that dropped this past November. On March 6, she released the music video for her hit single, “Only Want You,” racking up over 2 million views on YouTube within just a week!

Getting all glammed up 💋 #ONLYWANTYOU – watch the music video out now!! 💛

The video, directed by Hannah Lux Davis, opens up with Rita having a heated conversation with what is assumed to be a love interest. The singer-songwriter plays not only herself as an artist but also a waitress at a 50s-style diner. It depicts the perfect contrast of lifestyles between an A-list celebrity and a hustling waitress. Despite this major contrast of characters, the video conveys the struggles they both go through, making them equally relatable.

The story-line follows both characters’ struggles of being followed by paparazzi and mistreated by co-workers. Using creative angles and slow motion, the video features the spunky waitress attempting to help Rita escape the pushy paparazzi. That’s when it’s finally revealed that the waitress is also played by Rita, tying in the main message that people of all paths struggle.

The story comes to an end as the waitress follows the singer-songwriter to her show at a club, where, as they lock eyes, they share the same tear; tying the whole video together. Rita Ora and Hannah Davis, who also directed Ariana Grande‘s “Thank U, Next” music video, have outdone themselves and we’re excited to see what else they come up with throughout this exciting chapter for Rita’s career. She is currently on her Phoenix World Tour and fans are loving every minute of her success! Catch the video below!