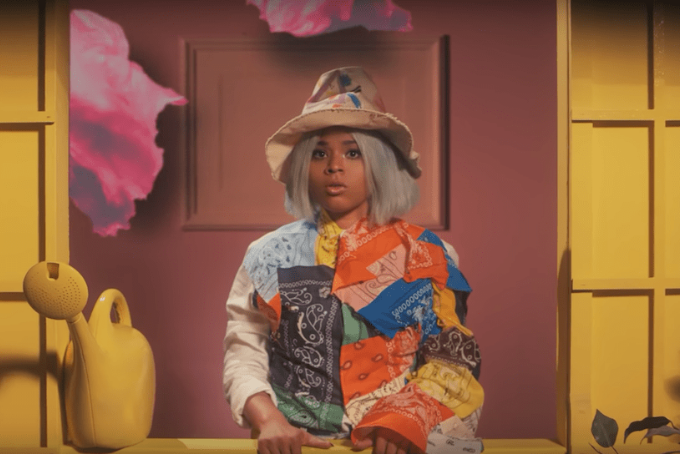 If you keep up with Ariana Grande‘s inner circle, you might’ve heard of singer-songwriter Tayla Parx. Not only has she contributed to Ariana’s number one hits “7 Rings” and “Thank U, Next,” she’s also penned and produced songs for just about any popular artist you can think of, including Christina Aguilera, Khalid, BTS, Janelle Monáe, and so many more.

The three-time Grammy-nominated artist released her a new single titled “I Want You,” which will be featured on her upcoming debut album We Need to Talk out April 5.

“I Want You” is an upbeat R&B track with relatable lyrics, particularly touching on the topic of figuring out what or who we want. “We both know two is company, three is a crowd // One keeps me grounded and one in the clouds,” she laments in the pre-chorus. “Can you really blame me wanting you,” she asks in the all-too-catchy chorus.

I’m dropping a new song called “I Want You” … it’s the intro to my album & I wrote it about my indecisiveness… 2 is just company, 3 is a crowd . #WeNeedToTalk

The playful video not only features Parx’s unique vocals, but it also gives us a taste of her own colorful image and style. Along with the different set locations, loads of interpretive dancers represent the many options we have when it comes to making decisions about love.

In addition to “I Want You,” the R&B songstress has already previewed her new album with the singles “Me vs Us” and “Slow Dancing.” Parx is currently on Anderson Paak.‘s European Tour and will open for Lizzo next month.

Check out Tayla’s new music video and her entire discography in preparation for We Need to Talk coming out April 5.