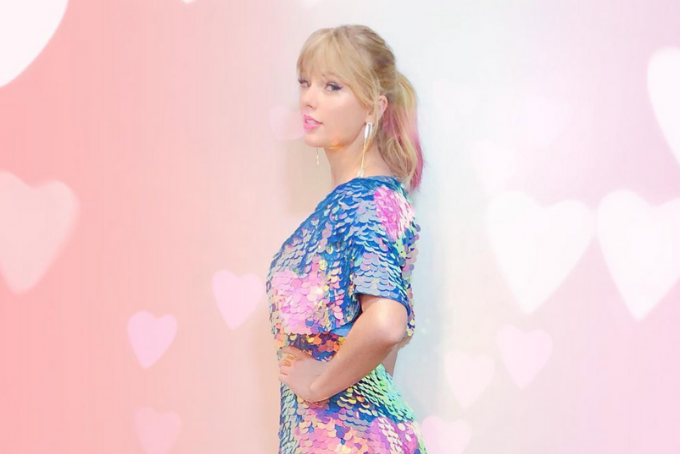 Taylor Swift‘s Reputation Stadium Tour was a spectacle on all fronts. It recently won the Tour of the Year award at the iHeart Radio Music Awards. We’re taking a look back at the top five best moments from the tour.

The last song before the lights dimmed was “Bad Reputation” by Joan Jett & the Blackhearts—a perfect track for the theme of the tour. The chorus’ lyrics, “I don’t really care about my bad reputation,” fit the theme for Swift’s Reputation album and her general attitude towards the way the media has portrayed her. Once the lights dimmed, a video came on the screen with a voiceover. This video is mainly a myriad of news outlets’ negative comments about Swift that highlight her “bad reputation.”

The intro for the reputation tour really snapped😩😍 pic.twitter.com/wEYLPP66qg

During the “Look What You Made Me Do” number, a 72-foot inflatable snake named Karyn lit up the stage. She was also joined by several other snakes behind her on the screens. This song and Karyn the snake are Swift’s responses to Kanye West and Kim Kardashian‘s feud with her, where hundreds of people spammed Taylor’s Instagram with the snake emoji. Rather than be upset about it, Taylor owned the label, brought a giant snake with her onstage, and sold dozens of merchandise items with snakes featured on them.

3. B-Stage “Shake it Off” with Camila Cabello and Charli XCX

Taylor has had a B-Stage at her last few tours (RED, 1989, and now, Reputation). This time, at each show, she was joined by her opening acts, Camila Cabello and Charli XCX, who helped her sing and dance to “Shake It Off.” It’s rare that an artist brings their opening acts onstage with them, and we loved all the girl power in this trio. Plus, their outfits were super colorful and fabulous.

See Taylor Swift zip through “Shake It Off” with help from both Charli XCX and Camila Cabello in an exclusive clip from her Netflix concert film https://t.co/ZmR5HuAQhX pic.twitter.com/8TBmLTClpF

The “I Did Something Bad” and “Don’t Blame Me” numbers were powerhouse productions and huge standouts on the setlist. “I Did Something Bad” was slowed down and remixed, which made the original 3-minute and 58-second song into an almost 7-minute performance. Fireworks and pyrotechnics were set off during this number, lighting up the stadium. Taylor also performed this song at the American Music Awards, where even Karyn the snake made an appearance!

“Don’t Blame Me” live is Taylor’s “Take Me To Church.” Her performance was like listening to a church choir sing an epic love song. Her vocals combined with her background singers’ vocals made this one of the top performances on the tour.

I Did Something Bad live is the sassiest, most powerful song of the tour. pic.twitter.com/nbDoaXSSJj

Every night, Taylor picked a new surprise song to sing, choosing mostly older tracks from her previous albums that weren’t on the setlist. From oldies like “I’m Only Me When I’m With You” to “All Too Well,” Swift picked tons of fan-favorites. She even made a playlist of every song that she sang over the course of the tour.

What were your top five favorite moments from the Reputation Stadium Tour? Let us know by leaving a comment below or tweeting us @soundigest!