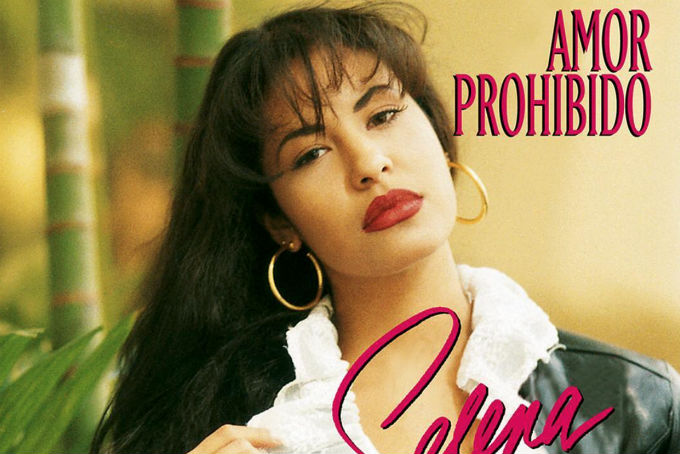 Amor Prohibido was also the singer’s debut entry into the Billboard 200 where it peaked at no. 29. To celebrate 25 years of Amor Prohibido, we are giving you our top five Selena Quintanilla Songs of all-time.

Written by Selena, her brother A.B. Quintanilla, and the band’s backup vocalist Pete Astudillo, this dance-pop mixed with Tejano cumbia track was the first Spanish song to receive a pop Broadcast Music Award in 1996. It also won Song of the Year at the Billboard Latin Music Awards. The song is about her grandparents who fell in love despite their differing social classes at the time, making the song one about forbidden love.

This song is translated to “like the flower” and is a sad tune that compares love to a withering flower that suffers because of a lack of love and care. Don’t let the sad lyrics get to you, though! The tejano and cumbia beats mixed with some Latin pop will definitely have you groovin’.

The title lyrics to this song actually don’t have a translation, as they represent the sound of palpitating heart. With the following words describing someone being lovestruck, this upbeat tune has a little bit of everything with some features of cumbia, pop, reggae and rock en español music.

This track was a hit in the cumbia music world at the time of its release and helped the band gain more exposure into that genre of music. With a nice hook and lyrics that are easy to sing along to, it’s not hard to see why everyone fell in love with this song so fast.

“No Me Queda Mas”

With sounds of both a pop ballad as well as a slowed down mariachi tune, this song is a sad one about one-sided love and wishing them the best with their next love. This hit song became the most successful U.S. Latin single in 1995, and the music video received Music Video of the Year at the Billboard Latin Music Awards.

Did we miss one of your favorites? Let us know in the comments section below or tweet us @soundigest!