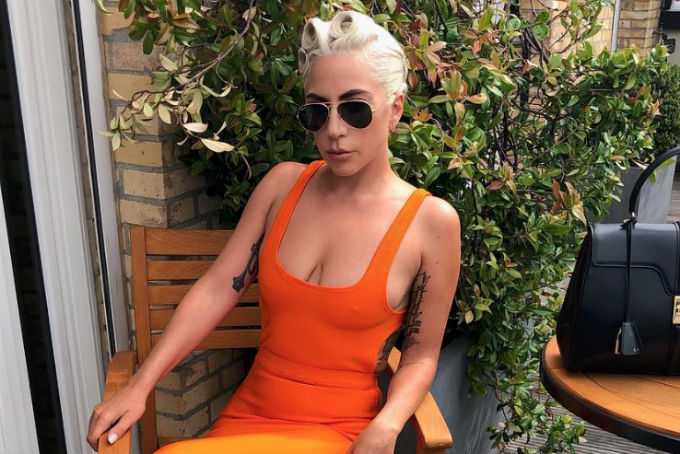 Prepare yourselves, Lady Gaga fans, because the pop star doesn’t plan on stopping the momentum caused by the release of A Star Is Born just yet. In fact, she pretty much confirmed to fans that her new album is very much in the works. Wait, what?

That’s right, you guys! The 32-year-old managed to tease her upcoming album without directly confirming it using words. Instead, she sent fans into an absolute frenzy by changing the banners on her social media pages, including Twitter and Instagram. The new banner is a black and white image of musical notes on a staff with “GAGA” spelled out underneath, so of course, we’re left with no choice but to assume this is a sign.

If the banner change hasn’t fully convinced you that new Lady Gaga music is headed our way, perhaps her recent tweet will prove otherwise. ICYMI, the “Shallow” singer hilariously debunked pregnancy rumors while also hinting that her sixth album is on the way.

Well, there you have it, folks! Lady Gaga is preggers with new music and it’s safe to say Little Monsters are FREAKING OUT.

One fan tweeted the pop star saying, “I hope your water breaks,” and TBH, we couldn’t agree more.

I hope your water breaks

Other fans, however, have picked up on possibly another huge hint about what we can expect from LG6. Apparently, right before her tweet she followed Rihanna and BloodPop on Instagram, leading several people to believe that an iconic collaboration is about to happen.

“Collabing with RIHANNA WE SEE,” a fan wrote. “She just started following Rihanna and Bloodpop right before this tweet… are we finally getting justice for Sexxx Dreams collab?!!”

She just started following Rihanna and Bloodpop right before this tweet… are we finally getting justice for Sexxx Dreams collab?!! pic.twitter.com/CV97u363is

Well, what do you guys think? Is a Lady Gaga and Rihanna collab actually going to happen? We guess we’ll just have to wait to find out!