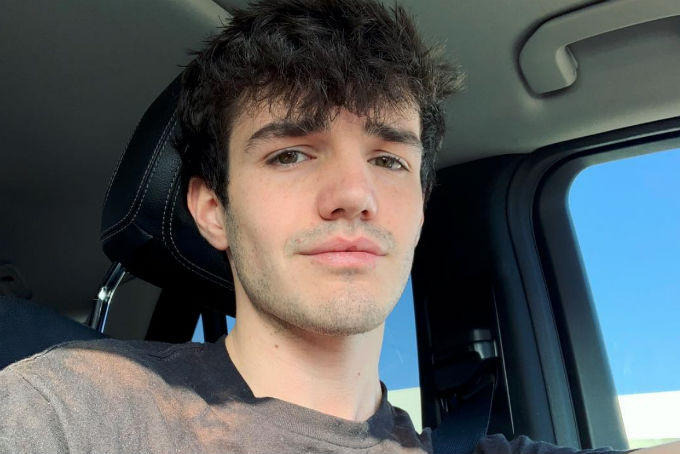 If you thought Aaron Carpenter‘s career would start and end with Magcon, you thought wrong. Why? Because the 20-year-old just sealed a record deal with Capitol Records, which means original solo music is on the way.

That’s right, ladies and gents! The social media star confirmed the news to Billboard and opened up about why signing to Capitol means so much to him.

“When I moved from Louisiana to L.A., I passed by the iconic [Capitol] tower all the time. Now I am walking the hallways where all the greats recorded — Sinatra, The Beach Boys, The Beatles… it’s surreal,” he told the outlet.

Aaron also hit up Instagram to share the news with fans who have been following his journey for years, saying, “Secret is finally out! So stoked to announce I’m signed to @capitolrecords . Thank you guys for giving me the opportunity to do what i love everyday.”

But that’s not all he revealed about his future. In fact, he also told Billboard that fans can expect new music really soon, and although he released a song called “She Know What She Doin'” back in 2016, his chances for success are even greater now that he has a huge label supporting him.

“I have been working on my music for so long, spending almost every day in the studio for the past year. I am stoked to finally release it to my fans!” he said.

Carpenter isn’t the only former Magcon member to pursue a music career, though. Cameron Dallas, for example, has a contract with Columbia Records and released his single “Why Haven’t I Met You?” last year. Shawn Mendes is another example of a Magcon star turned pop star, and we think we can all agree that, by now, he’s become a household name.

If we’re being totally honest, it’s a little early to know what’s in store for Aaron and the future of his music career. What we do know, however, is that there’s a lot to look forward to. We don’t know about you, but we can’t wait to hear all the music he’s been working on. Congratulations, Aaron!