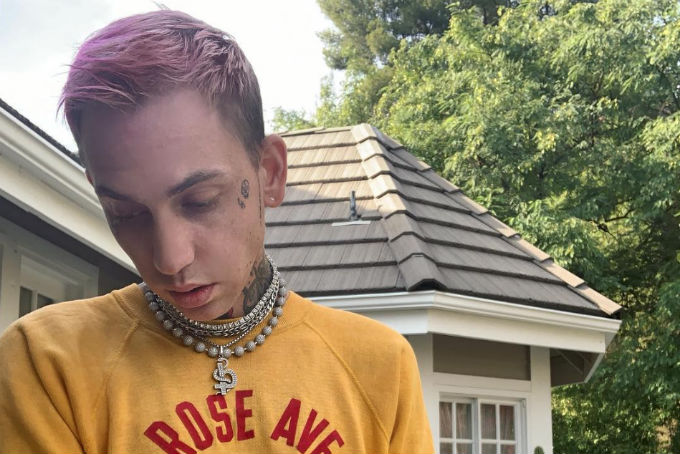 In the past few weeks, Blackbear has been releasing single after single in anticipation for his upcoming album ANONYMOUS, which is set to drop on April 26. First came “1 SIDED LOVE,” which was followed by “HIGH1X.” Now, we’ve been given “SWEAR TO GOD,” — one of his best and most personal songs yet.

By now, we’re used to the themes of drugs and heartbreak from the Californian artist, as those are the topics he’s written about the most in the past couple years. But “SWEAR TO GOD” offers a different perspective. The single gives Bear’s outlook on the struggle of fighting addiction and fighting the urge to party with different girls and strangers. The song really reflects on becoming a better person and the struggle that he went through to get there.

Each track off ANONYMOUS has been better than the last, and in each track you can really hear his growth. Blackbear said that every other week until the album’s release he’ll be putting out a new song. By doing this, he’s allowing his fans (and the world) to see who he is through his music, and it’s definitely paying off.

Bear grew tremendously in popularity in the last few years, with hits like “Do Re Me” and “IDFC.” ANONYMOUS will be his first full-length release since 2017’s cybersex album, and we’ve all been not-so-patiently waiting to see what direction he goes in next.

It should also be noted that Blackbear has successfully launched his new label, Beartrap Sound. With just over a month left until the release of ANONYMOUS, the artist sure has his work cut out for him as he continues to release singles bi-weekly. And with ANONYMOUS just around the corner, we’ll just have to wait and see what the artist has in store. We guess we’ll find out when the LP drops on April 26!