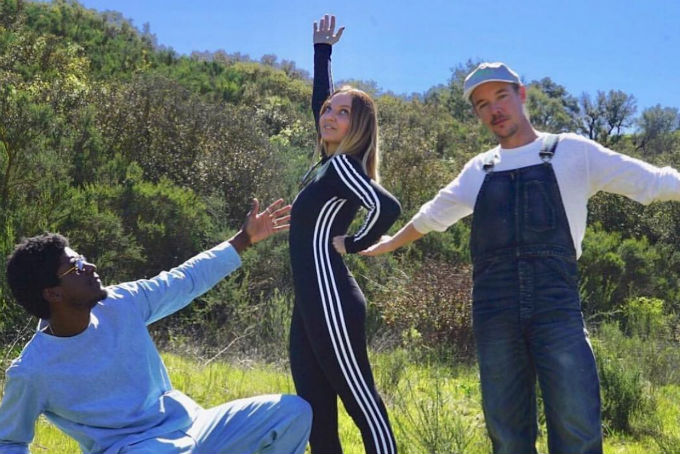 Supergroups are in season, and LSD (a.k.a. Labrinth, Sia and Diplo) is the fire trio the music industry really needs. On March 14, the group dropped their fifth single, “No New Friends.” The song is going to be part of the international supergroup’s self-titled debut album. The band draws on their collective pop, R&B and EDM influences to create fun and catchy songs. With millions of streams on all their singles so far, LSD is sure to make waves in 2019.

If you haven’t heard it yet, “No New Friends” is a lighthearted, piano track with a great backbeat. Sia and Labrinth’s vocals play off of each other well. They add conversation and variety to the single. With Diplo’s producing in the mix, it’s amazing that you can hear a bit of each artist’s work shining through on the group’s track.

Lyrically, “No New Friends” brings a carefree, fun vibe. Singing about living it up in a relationship and loving what you have, Sia and Labrinth refer to themselves as the king and queen. They are winning because they have each other and they don’t need anyone else. The positive energy and even some “La La La’s” make it impossible not to want to sing along.

LSD is sure to get lots of attention from their album, which will be released on April 12. Since “No New Friends” is on the album, we’re already so here for it. The LP will also feature other singles such as “Genius” and “Thunderclouds,” which have already been infectiously traveling through the radio waves. Labrinth, Sia, and Diplo bring together their different musical and cultural backgrounds and have created a eclectic mix of exciting new songs. Maybe it’s a bit early for this, but “No New Friends” could be the hit of the summer. Check it out!

See? We told you it has “song of the summer” potential!