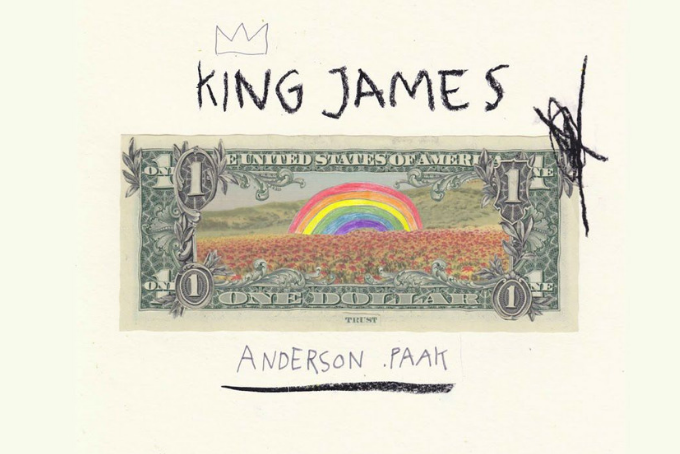 This month, Anderson .Paak released the very first teaser of his upcoming album Ventura, a new single titled “King James.” The single sits as the seventh track on Ventura but holds great weight as the first single to be released from the project. The powerful title of this track pays tribute to philanthropist, businessman, and professional basketball player Lebron James.

3 years between Malibu and Oxnard… you know I couldn’t do that to y’all again 😎 PREORDER AND SINGLE MIDNIGHT TONIGHT. #VENTURA + “King James” 4.12 💥

The “Tints” singer brings light to James’ hard work and motivation to build his status despite all of the controversies and challenges surrounding him. He praises James for being such a positive role model and leader for the current and future generations. Through James’ perseverance, he channels the potential to inspire and motivate members in his community. Anderson praises James and uses his name in a symbolic way to encourage more members of his community to come together to rise above this country’s history of injustice.

Not only does this soulful singer touch on the four-time NBA MVP’s success and determination and how it can impact a community, he also touches on some issues of social justice with lyrics like, “We couldn’t stand to see our children shot dead in the streets, // But when I finally took a knee, // Them crackers took me out the league,” referencing Colin Kaepernick‘s protest against police brutality.

Ventura has been rumored to be much more soulful and vintage when compared to .Paak’s previous work, and “King James” definitely teases fans with this new direction. The single features a cool electric piano that compliments Anderson’s warm, raspy vocals everyone knows and loves. The production was handled by Callum and Kiefer, who helped bring out Anderson’s full embodiment of pure soul and funk with a colorful modern twist. “King James” marks the beginning of a new era for Anderson, and we can’t wait to hear the rest of the album!