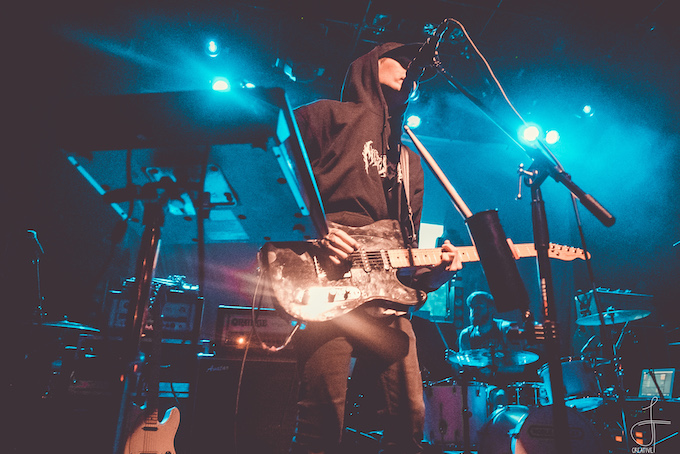 Nothing, Nowhere released his latest ballad, “Call Back,” last week, and we can’t stop listening! The emo-influenced rapper, known for his heartfelt tracks, like “Hammer” and the recently released “Ornament,” surprised fans with his latest single on Friday, March 15.

“Call Back” starts off with a ringback tone played over a melodic guitar riff. Like many of his other songs, it feels very nostalgic. In the chorus, his sense of yearning is clear, as he sings, “You said you needed space, and you never called back // Was I a mistake? Something to replace?”

The song picks up as it continues. The chorus repeats with added beats, and it isn’t until two minutes in that Nothing, Nowhere. begins to rap about his struggle to move on from people in his past. “I’ve been going through the motions, // Even though I’ve been broken,” he sings. His yearning for a past relationship is clearly felt and leads listeners to start reminiscing on their own failed relationships. Much like its beginning, the track ends with a phone’s dial tone.

“Call Back” is quite similar to the rest of Nothing, Nowhere.’s repertoire and carries the same sense of emotion. And like most of his other tracks, it’s easy to throw “Call Back” on repeat, which is what we expect many of his fans have been doing this past week. (We know we have.)

Nothing, Nowhere. is scheduled to play at several music festivals overseas this spring and was recently added to the 2019 Lollapalooza lineup coming to Chicago in early August. Find out where you can see Nothing, Nowhere here, and let us know what you think of his new hit in the comments below or by tweeting us @soundigest!

see you this summer @lollapalooza #lolla