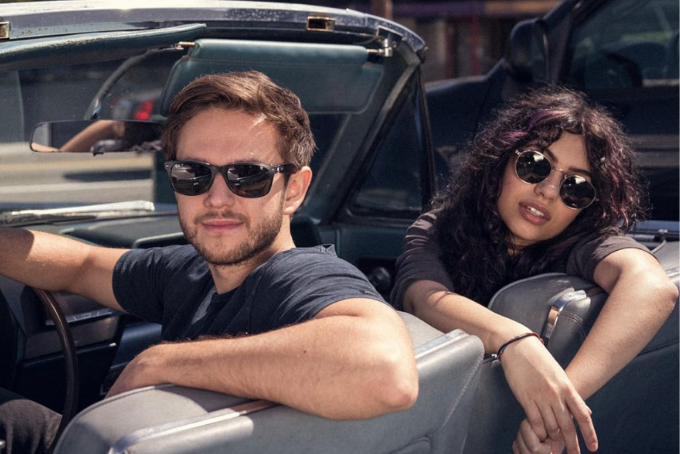 German DJ and songwriter Anton Zaslavski, better known as Zedd, has become an essential pop music staple in recent years. He’s produced tracks for top-tier artists like Justin Bieber (“Beauty and a Beat”) and Lady Gaga (“G.U.Y.”), while simultaneously releasing official remixes for songs like the latter’s “Born This Way” and Shawn Mendes’ “Lost in Japan”. Talk about a man with connections! The producer has feature credits alongside so many of our faves that it’s borderline impossible to determine which songs reign supreme. As difficult as it was, we plowed through his music catalog and managed to compile a list of his most noteworthy works. Here are eight of the most memorable Zedd collaborations ever.

“Clarity” will always be one of the most important singles in Zedd’s discography. It was the hit that propelled him to major mainstream success in 2012. The track also won him his first and only Grammy for Best Dance Recording at the 56th Annual Grammy Awards. British singer-songwriter Foxes provides a beautiful melancholy to the lyrics, especially as the tune builds up to its outstanding chorus. “Clarity” is the type of song that could come on any time at any place and incite a nostalgic singalong.

Another single off of the German DJ’s debut album Clarity, “Spectrum” has all the makings of the classic Zedd sound that garnered him his massive fanbase. Vocalist Matthew Koma sings about a toxic relationship that he just can’t seem to get out of. The lovelorn lyrics over the heavy electronic beat provides an unlikely combination of emotion that surprisingly works. And because we love a full-circle moment, Koma is also a credited songwriter on the above-mentioned “Clarity”.

As one of Ariana Grande‘s most successful hits pre-Thank U, Next era, “Break Free” is a significant departure from her usual pop, R&B and hip-hop influences. The 2014 EDM track became a fundamental part of Grande’s discography. She still performs it to this day; the catchy tune appears towards the end of the Sweetener Tour setlist, right after the sultry “Dangerous Woman”.

Canadian singer Alessia Cara first won us over with her relatable debut single “Here” in 2015. Two years later, Cara lent her smooth vocals to “Stay,” a Zedd production that explodes into a heavy-hitting chorus that relentlessly sticks with you. The song also presents a slight shift in Zaslavski’s style, which he once described as “a really interesting mix of the old Zedd and the new Zedd” in a Billboard interview.

This remake of “The Candy Man” by Sammy Davis Jr. was created to celebrate the 75th anniversary of M&M’s candies. Despite this, the song stands on its own as a solid Zedd collaboration. The catchy beat, Aloe Blacc‘s velvety vocals and the lighthearted lyrics about how “love makes the world feel good” proved to be a warm blend of sunny emotions.

“Get Low” is a full-blown departure from the DJ’s heavy electro sound. It tackles a summer club aesthetic with tropical house synths that’ll have you snapping your fingers within seconds. Partnered with One Direction alum Liam Payne delivering a mature performance and provocative lyrics, you’ll have a difficult time getting this danceable jam out of your head.

Proving just how far his influence extends, Zedd nabbed a collaboration with country singer Maren Morris for 2018’s “The Middle”. The charming tune was even nominated for three Grammys at the 2019 ceremony. Although the song bears similarities to some of the producer’s previous works, it seamlessly mixes elements of country and EDM to create a cross-genre hit that was inescapable for many weeks after its release.

With an ethereal, steady rhythm that’s easy to get lost in, “365” pairs the German DJ’s hypnotic instrumental with Katy Perry‘s honeyed voice. Much like the aforementioned “Get Low,” “365” is a mesmerizing digression from Zedd’s classic electronic sound and one that could potentially pave the way for more style experimentation from the producer.