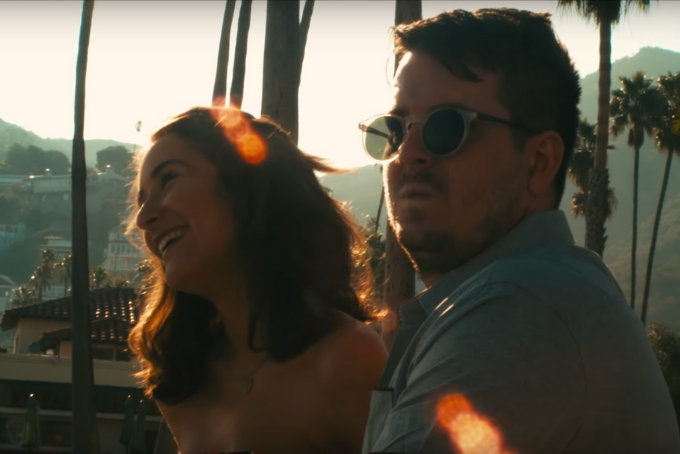 2019 looks like it’s turning out to be the year of Ontario pop-punk band, Seaway. To hold us over after their 2017 album Vacation, the band released the track “Blur” in 2018, as they reminisced on waking up hungover after that “vacation.” Now, they’re reminiscing on that vacation and realizing it wasn’t all that it was cracked up to be in their catchy new single “Pleasures.”

Along with the single drop, the band released a music video that will get you feeling all types of nostalgic with its grainy film look. The music video follows a couple on a “vacation” as they begin to see all the parts of one another they don’t love and can’t stand anymore. The video cuts between cute scenes of the two enjoying their vacation together and darker sides where the two are hitting each other, fighting and even poisoning drinks.

Our new compilation album of Acoustics, Rarities, & Bsides is up for pre-order now. Fresh Produce is out on April 19th, 2019. Check out the music video for our new song, “Pleasures” https://t.co/oP14a4jxsE pic.twitter.com/W8LZ2EzaoW

Seaway also announced their compilation album of acoustics, rarities, covers, and b-sides of their previous releases called Fresh Produce. The album was a long time in the making and will bring together a collection of the band’s work over the years as well as rereleases of their 2014 EP, All In My Head.

Vocalist Ryan Locke shared some info on Fresh Produce saying, “We sat on some of these songs for quite a while now, not really too sure what to do with them. It finally boiled down to us wanting to get them out there, so we threw them all on one 12-inch for your consumption. We hope you enjoy Fresh Produce. It’s good for you.”

The compilation album will drop on April 19 on Pure Noise Records and is up for presale on their website.

And to solidify 2019 is Seaway’s year, they’re heading out on a headliner tour in April with Young Culture, Free Throw, and Heart Attack Man across the US. Dates and tickets to this stacked lineup are available here.

Watch Seaway’s dark vacation in their “Pleasures” music video below: