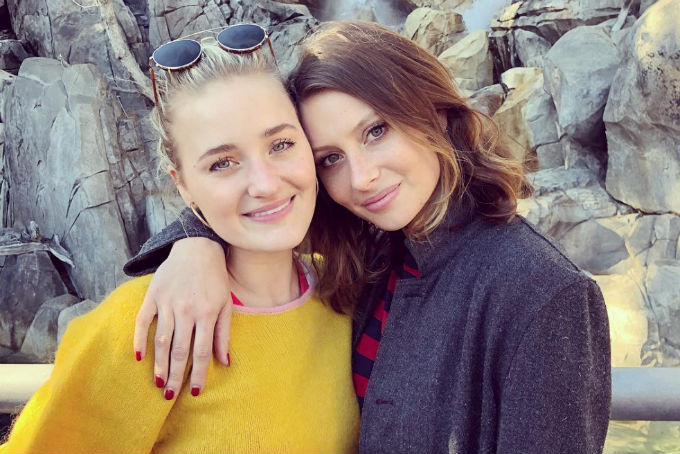 Aly & AJ, the sister duo who ruled Disney Channel about ten years ago, reunited under their monicker, Aly & AJ, two years ago after a brief stint (and unfortunately, a canceled album that was subsequently leaked) as 78Violet. The Michalka sisters released an EP, Ten Years, which honors the fact that in 2017, it had been an entire decade since the they officially released music under their original name.

In honor of one-half of the sister duo, Aly, turning the big 3-0 today, we’ve put together a list of some criminally underrated Aly & AJ songs that deserve your undivided attention. Most fans of the duo know their smash hits “Potential Breakup Song” and “Like Whoa” from their 2007 album, Insomniatic, but trust us — the sisters have even better tunes.

“Flattery” was also on Insomniatic and is sung entirely by AJ, which makes the song unique. Personally, this is my all-time favorite Aly & AJ song. The track is highly speculated to be about AJ’s ex-boyfriend, Joe Jonas (who is also highly speculated to be the subject of “Potential Breakup Song”), and AJ revealed that it’s also her favorite Aly & AJ song. The track has a dream-like quality to it and the lyrics are both haunting and beautiful.

“Collapsed” was a standout on the duo’s debut album, Into the Rush. The girls harmonize well together over an amped-up guitar melody. The song is a look back at a relationship that — you guessed it — collapsed.

“Shine” was an extremely underrated track that appeared on their Chemicals React EP. The song is an ode to a friend who “shines” through their actions and has a beautiful way of seeing the world. The girls sing about how that person can turn their day around with a single smile. So sweet!

“Out of the Blue”

“Out of the Blue” was also a standout on Into the Rush because of its calm melody and stark contrast in lyrics. The song is about a third party coming from “out of the blue” to say that a couple is not allowed to stay together. The other person in the relationship isn’t fighting for the couple and the girl realizes she needs to get over her lover, but she has a hard time accepting that reality.

This was another standout on Insomniatic. The lyrics are a clever depiction of a breakup.

“Congratulations, now you are free // You have earned your degree // Yeah, you’ve graduated // This is your last separation from me,” they sing, comparing a breakup to that of graduating with a degree.

The track is basically one big “FU” to an ex, but it’s done in such a clever way by using the theme of graduating and moving on — and even some math too!

Moving into more recent territory, “Promises” was a standout on the Ten Years EP, so much so that the girls decided to call their tour ‘The Promises Tour.’ When Aly & AJ dropped this EP, it was clear that their sound changed drastically since their music from ten years ago. They’ve added some ’80s synth-pop vibes and have moved away from the guitar-pop music we were used to. “Promises” is a hauntingly beautiful track about a girl discovering that her current boyfriend is cheating on her; she notices this upon driving by his house at night. She comes to the conclusion that this relationship is nothing but “another big break of promises.”

“Take Me” was Aly & AJ’s first single from their Ten Years EP and it showcased their entirely new sound. This track is complete with ’80s synth-pop guitar and piano. From the cover art of a girl’s behind to the demanding chorus, this track is a complete rebranding of the girls we grew up with — and we love it!

“With You” was released on the Ten Years (Deluxe Edition) EP as a brand new track in November of 2018. It’s a soft synth-pop jam about wanting to be with somebody right now.

“Good Love” was released in the summer of 2018 while Aly & AJ were touring the U.S. on ‘The Promises Tour.’ The song is a fun, danceable track that the girls dedicated to the LGBTQ community, which we think is pretty awesome.

…..there couldn’t be greater support for our LGBTQ fans. Check out our song Good Love…written about equal love for all! And yes to climate change & yes to evolution….thank God for the glow up in not just body but mind

We had to end the list with another oldie, and that’s because we truly believe this song would’ve been a massive hit. It’s got a killer chorus and is the perfect song to rock out to in the car. With an amped-up electric guitar melody, the record is the perfect blend of pop and rock that bridged the gap between Into the Rush and Insomniatic.