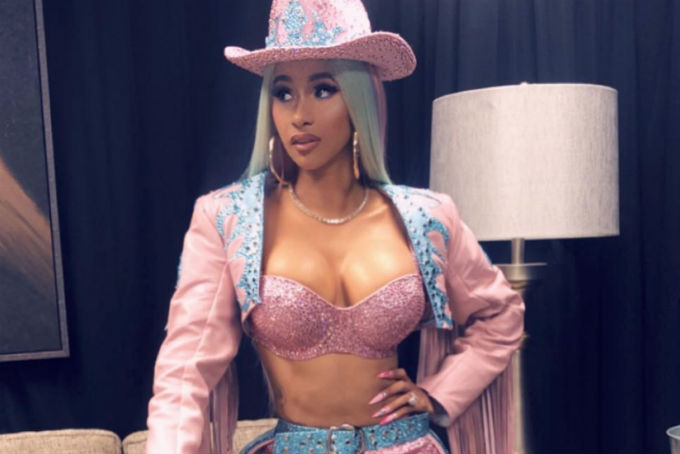 The infamous rapper known for her unusual and hilarious catch phrases is currently in the process of copyrighting one of her most used words — “Okurrr.” Cardi B once described the pronunciation of the word, that she uses in place of “Okay,” as the sound a “cold pigeon” would make. LOL.

This is also the word that made it into her recent Pepsi Commercial, which made its debut during this year’s Super Bowl. In it, she tells the waitress that her Pepsi is more than “Okurrr.” How on brand is that?

The copyright application was put in under her company, Washpoppin Inc., to cover the use of the phrase on clothing and paper goods. This would include items like apparel, shirts, jackets, posters, paper cups etc. She also clarified on the application that it is correctly spelled with three R’s, but also submitted an alternative spelling to off-put counterfeit pieces.

According to Billboard, who obtained the court documents, the application was put in on March 11 for “paper goods, namely paper cups, and posters,” and another was put in the following day to include any clothing, t-shirts, sweatshirts, hooded sweatshirts, pants, shorts, jackets, footwear, headgear, namely hats and caps, blouses, bodysuits, dresses, jumpsuits, leggings, shirts, sweaters, and undergarments.” Clearly, she’s covering all her bases.

It only makes sense that the rapper would trademark her somewhat catchphrase, as this isn’t unheard of for artists to do. Taylor Swift applied for trademarks on phrases from her 1989 album, including “this sick beat” and “we never go out of style.” Also, Beyonce has attempted copyright ownership of her eldest daughter’s name, Blue Ivy Carter, to try and stop people from capitalizing off it.

Bardi Gang can’t wait to see all the future potential uses of Cardi B’s favorite catchphrase, and many others wonder what new sound she will normalize next. What do you think of artists copyrighting words and phrases? Let us know in the comments below or tweet us @soundigest!