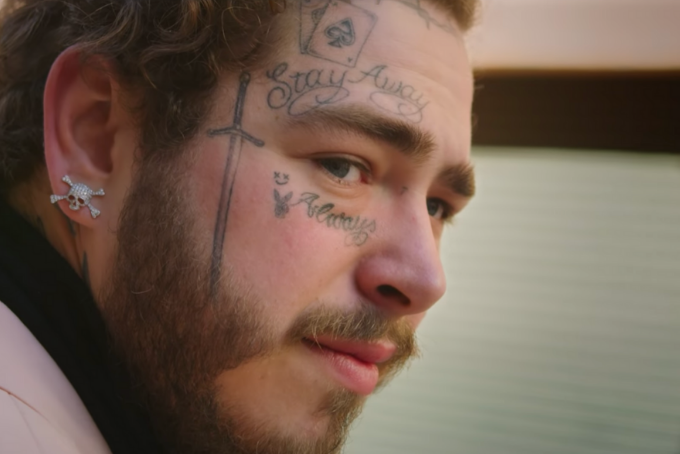 Post Malone is back with another music video for his latest single “Wow.” and it’s packed with some amazing behind the scenes footage from his tour. To sum it all up, it totally makes us wish we were friends with Posty.

In the beginning of the video, we see Post reacting to finding out his friends were going to be filming footage to create the music video. The thing we really admire about this video, in particular, is how real the footage is. Throughout the visual, fans can see Post interacting with many familiar faces, including artists like DJ Khaled, J Balvin, and non-other than the legendary Red Hot Chili Peppers.

The video shows all of the many different cities Posty has traveled to throughout his tour and includes some amazing footage of all the fun he’s had with his friends. One of our favorite things about the clip is the dichotomy of the “Congratulations” singer doing mundane things like getting a haircut and later driving to the Grammy Awards or performing in dozens of different countries while on tour.

Another thing that’s pretty awesome about this video is the inclusion of the viral dancer Mike Alancourt, whose video of himself dancing to “Wow.” went viral and caught everyone’s attention, one of which was Post Malone. In fact, the four-time Grammy nominee liked him so much that he invited Alancourt to perform onstage at one of his shows as well as in the music video, where the 43-year-old dancer showed off his amazing skills.

Music videos that include raw footage like this are always fan-favorites because they allow fans to get to know the artist a bit better, and after watching this one we—along with everybody else—are really hoping that one day we’ll get to party with Posty. Check out the music video for “Wow.” below, and let us know your thoughts about it in the comments or by tweeting us @soundigest!