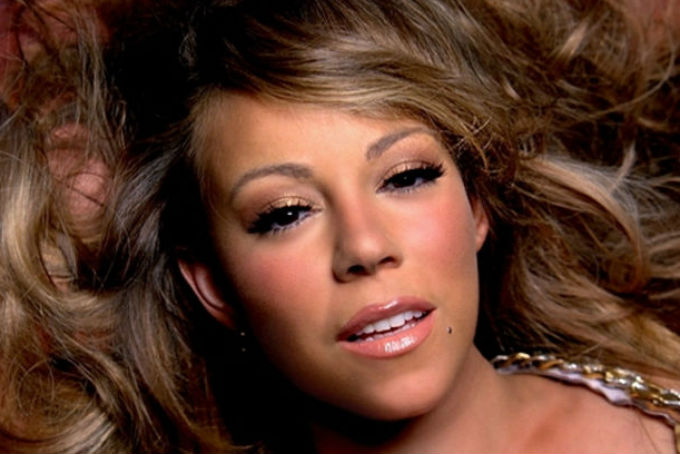 Songbird Supreme Mariah Carey has been an active force within the entertainment industry for almost three decades now. With an incredible 18 no. 1 singles (which she earned the good old-fashioned way before the ease of streaming), 15 studio albums and five Grammy awards in her arsenal, the iconic New Yorker will go down in history as one of the best to ever do it. On top of that, Carey has provided years of lively, glamorous and hilarious visuals to accompany the classic hits that we all know and love. Since time and birthdays are social constructs that the diva doesn’t abide by, let’s celebrate Mariah Carey’s March 27 “anniversary” by revisiting her 10 greatest music videos ever.

One of the most impressive things about the “Fantasy” video is the fact that Mimi directed it all on her own. She had a vision and brought it to life with a carefree celebration at Rye, New York’s Playland Amusement Park. The video kicks off with the musician rollerblading on a boardwalk and riding the park’s “Dragon Coaster” before hitting up a nighttime dance party in the parking lot. It’s a classic feel-good track with an equally cheerful video that will bolster anyone’s mood almost immediately.

Joseph Kahn, whose lengthy resume includes the likes of Taylor Swift, Lady Gaga and Eminem, directed this visual, which Carey once described to MTV as “Speed Racer meets Hello Kitty meets me and Cam’Ron.” Honestly, what more do you even need from an early-2000s music video?

Mariah Carey looking phenomenal and frolicking around Paris with Pharrell as a love interest? Sign us up! There are even gratuitous shots of an adorable Dalmatian puppy near the end of the video. With a solid verse from Snoop Dogg and a cameo from Vogue‘s Andre Leon Talley, “Say Somethin'” still remains a semi-underrated video from one of the diva’s most remarkable eras ever.

“Shake It Off” was directed by Jake Nava, who’s responsible for some of Beyoncé‘s most iconic visuals (“Crazy in Love”, “Single Ladies”, “Partition”) so it’s no surprise that the video for this sassy kiss-off track is a Mimi essential. As a matter of fact, the only reason this song peaked at no. 2 on the Billboard Hot 100 chart is because it was blocked by another Mariah Carey song — the inescapable “We Belong Together”. On the bright side, this turn of events made her the first female lead artist to occupy the top two positions on the Hot 100.

As the lead single from the 2005 masterpiece The Emancipation of Mimi, “It’s Like That” was responsible for one of the most incredible comebacks in modern music history. The glamorous masquerade features cameos from Jermaine Dupri, Fatman Scoop and actor Eric Roberts. The most notable thing, however, is the cliffhanger at the end featuring Prison Break hottie Wentworth Miller, which hints at a continuation in an even more significant video that we’ll discuss momentarily.

Long before Ariana Grande‘s “Thank U, Next” music video existed, Mariah paid homage to her favorite film Mean Girls with the “Obsessed” visuals. Perhaps the most memorable aspect of the video is Mimi dressing up as who many assumed was Eminem and stalking herself through the streets of Manhattan. While the backstory between the singer and the rapper is a strange and convoluted one, the video is equal parts ritzy and amusing — which is basically the pop Queen’s entire aesthetic.

Serving some James Bond realness, “Agent M” escapes captivity by diving out of a mansion and into a pool, which then leads to a slow-motion underwater outfit change. The iconic video shot in Puerto Rico has hilarious scenes featuring comedian Eddie Griffin and dialogue where the songstress speaks Spanish. After an intense jet ski chase, Mimi ends up on a boat for an impromptu dance routine. This was peak ’90s Mariah and we honestly couldn’t imagine anything better.

Starring 30 Rock‘s Jack McBrayer as a nerdy computer store employee, the concept revolves around his fantasy involving a very hot Mariah in her very impressive mansion. Between pillow fights, Guitar Hero games, laser tag and frisbee, the video is one of the songbird’s most charming works. As if that wasn’t fun enough, there are also various shots of a unicorn spread throughout, because why wouldn’t there be?

As the continuation to the aforementioned “It’s Like That,” “We Belong Together” is the pinnacle of the musician’s massive comeback in 2005. It’s arguably the most commercially successful song in her career. The video follows Carey as she prepares for a wedding to an older man (Eric Roberts) before she ultimately leaves him at the altar to pursue true love with her ex (Wentworth Miller). Also worth noting is the fact that the wedding dress in the music video is the same dress Carey wore during her wedding to Tommy Mottola in 1993. Talk about making a statement!

Perhaps Mimi’s most hilarious work, “Heartbreaker” begins with a group of friends dragging the musician to a movie theater where her boyfriend is currently cheating on her with another girl. The catch is that the “other girl” is also Mariah Carey… but with a brunette wig. Between a brilliant bathroom fight with “Bianca”, a Jay-Z cameo, impromptu dance routines with the concession stand cashiers and the comedic revenge aimed at the cheating lover (played by Jerry O’Connell), “Heartbreaker” will go down in history as one of the most remarkable things within the legendary diva’s lengthy career.