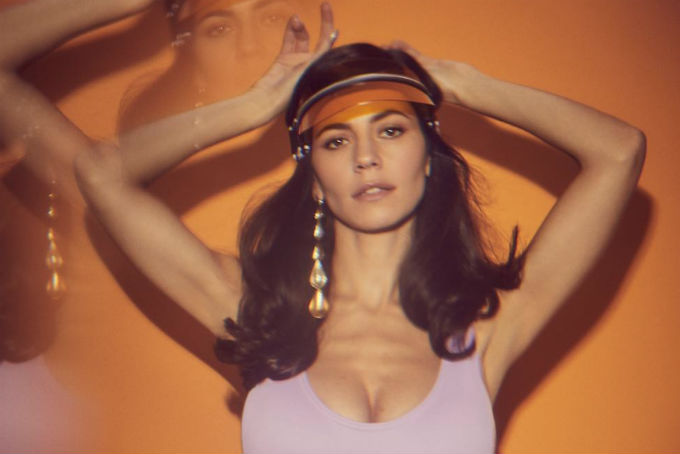 After announcing the end of the Marina and The Diamonds era by rebranding as MARINA earlier this year, Marina Diamandis has officially released her third single as MARINA from her upcoming double album LOVE + FEAR, due out April 26, 2019. This album is her first album since her 2015 release Froot. The single, “Orange Trees,” pays tribute to her home on the Greek islands and gives us a much-needed dose of summer.

In the caption of the music video on YouTube, Marina opened up about the song being a tribute to her homeland, but she also revealed that the video was unfortunately not shot there and was shot in Puerto Vallarta, Mexico, instead.

“I wrote ‘Orange Trees’ about the island that my family and I are from in Greece. It’s called Lefkada and it’s my favourite place in the world… I always feel at peace there. It’s like my body/ biology recognises I’m back home. Hope this song makes your summer sweeter than ever.” 🍊Love – M

She also used this opportunity to share with the world some of her nostalgic childhood on Lefkada.

Me + my cousin in Lefkada when we were little. I think we were feeding giant ants biscuits? pic.twitter.com/I99sW6aN8F

For sure, “Orange Trees” follows the nature and freeing feeling her first single “Handmade Heaven,” and the lovestruck enchantment in “Superstar.” However, “Orange Trees” will bring the listener such nostalgia for a place they’ve never even been, where everything seems so peaceful and happy. The release of this song was no coincidence either. Dropping it just two days after the spring equinox was perfect timing to have everyone yearn in unison for warmer weather.

These songs all represent the “LOVE” part of the album and include her 2018 collaboration with Clean Bandit and Luis Fonsi, “Baby.” This leaves plenty to surprise us when the entire album is released as to what FEAR could possibly sound like.

To make this album cycle even more exciting, she’s already announced her tour plans for later this year, which can all be found on her website.